2011 was both a very good and very bad year to be Rebecca Black.

Black was just 13-years-old when her music video for "Friday" became a viral video hit ... for all the wrong reasons. Featuring awful lyrics with her stressing over which car seat to sit in and reciting the days of the week, it was quickly dubbed "The Worst Song Ever."

But Rebecca's got something to be proud of now -- it was named as YouTube's Most Viewed Video of 2011!

It got her so much attention, Black was featured in a Katy Perry concert and even received a Teen Choice Award in August. The song itself was also covered on "Glee."

Michael Bolton and The Lonely Island came in at #3 with their hilarious SNL digital short for the song "Jack Sparrow." Lonely Island also popped up on the list again at #7 with Nicki Minaj and "The Creep."

Other pop culture videos making the list include Maria Aragon's stripped down cover of Lady Gaga's "Born This Way" and a Super Bowl commercial featuring a little Darth Vader. 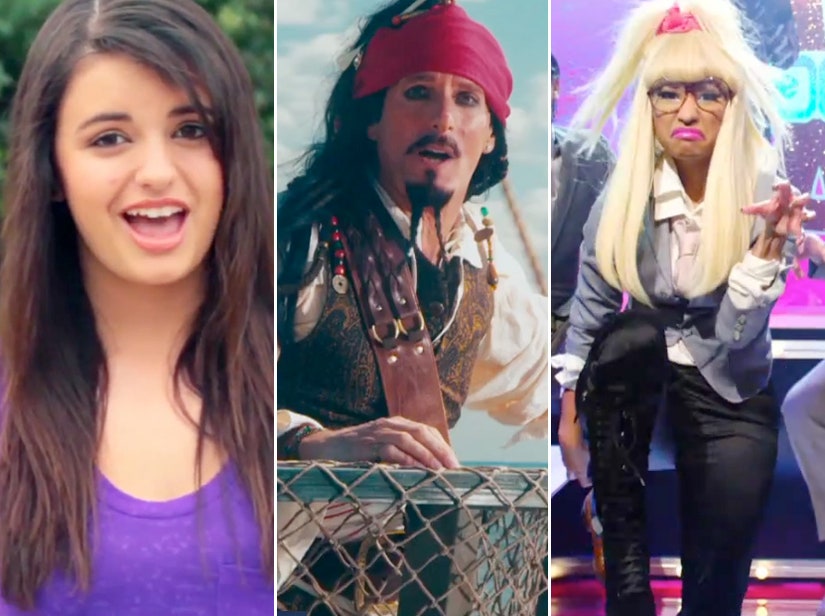