David Beckham was courtside last night to watch as the two LA basketball teams battled it out on the court. The Lakers ended up beating the Clippers, and judging from David's happy faces, he was pleased with the result. David sat next to Kourtney Kardashian's boyfriend, Scott Disick, throughout the match. Afterward, the guys shook hands and parted with their respective friends. David had his latest sporty outing after recently hitting the field with the Galaxy. He renewed his deal with the soccer team, and we can look forward to a couple more years of David in his jersey. Victoria, meanwhile, is focusing on outfits of her own. She's prepping for not one, but two shows during the upcoming New York Fashion Week. She's storing up energy with the help of a new snack. Victoria tweeted about kale, writing, "I'm addicted to kale! Wash, break into small pieces, sprinkle a little salt and roast — it's so good and amazing for you!"

Click "Launch Gallery" below to see the celebs at the game! 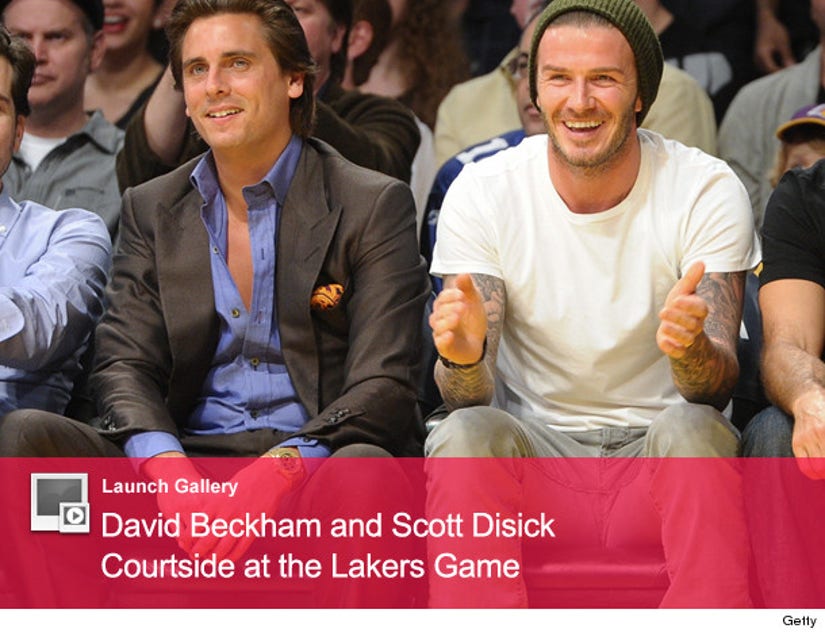