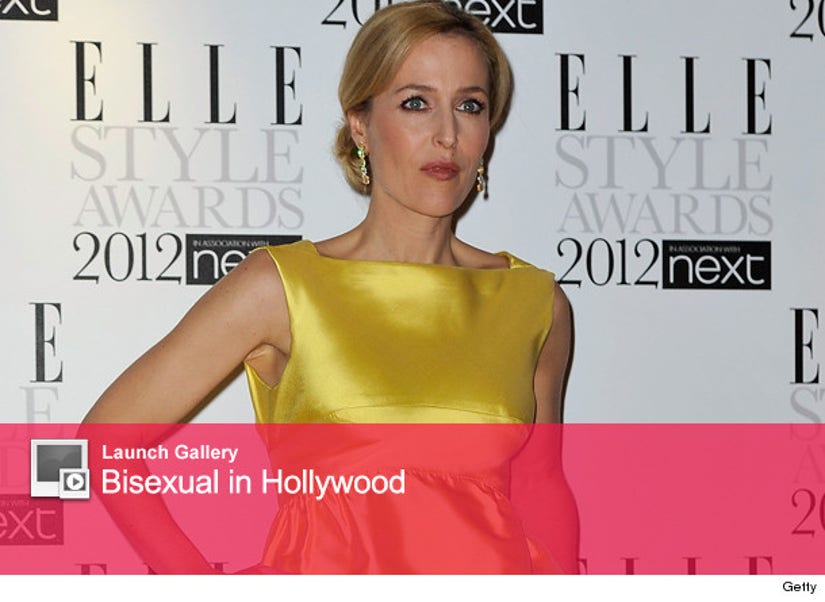 While the twice-divorced star is in a long-term relationship with a man now, "X-Files" star Gillian Anderson just revealed she's been in same-sex relationships in the past.

In a new interview with OUT Magazine, Anderson says "I was in a relationship with a girl for a long time when I was in high school."

"Yeah, yeah, well it's... You know, I'm old enough that I can talk about that," she warily added -- telling the mag her girlfriends were the exception, not the rule.

Anderson has two sons with current boyfriend, Mark Griffiths, and a daughter with first husband Clyde Klotz. She was also married to Julian Ozanne from 2004-2006.

Gillian is only one of many who has said they've experimented with same sex relationships in the past.

Check out the gallery above to see who else has revealed they've swung both ways.