The oldest of the Kardashian kids turns 33 today!

Kourtney Kardashian often takes a back seat to sisters Kim Kardashian and Khloe Kardashian-Odom. However, this petite beauty has had her fair share of headline-grabbing moments too!

It seems like there's never a dull moment when you're keeping up with the Kardashians, especially when the three girls get together! So in celebration of Kourtney's special day, toofab has compiled a top 10 list of her wildest and most over the top TV moments yet!

10. Kourtney Kardashian makes her acting debut on the soap “One Life to Live.” She plays Llanview's newest lawyer ... who kisses and punches a castmate in the episode.

9. Kourtney goes with her sister Kim to get her butt x-rayed to help Kim prove to fans it's 100% natural. Kourtney decides to have her breasts x-rayed to show viewers the difference between her implants and Kim's all-natural booty.

8. When Khloe comes to visit Kourtney in NYC while Kim is away, the girls plot to annoy Kris. So Kourtney decides to purchase a snake, leaving the reptile as a present for Humphries on his bed.

7. In late 2011, Kris Humphries tweeted a photo of his hotel room … covered in toilet paper. Kourtney thought it would be hilarious to TP Humphries' room, and it was! 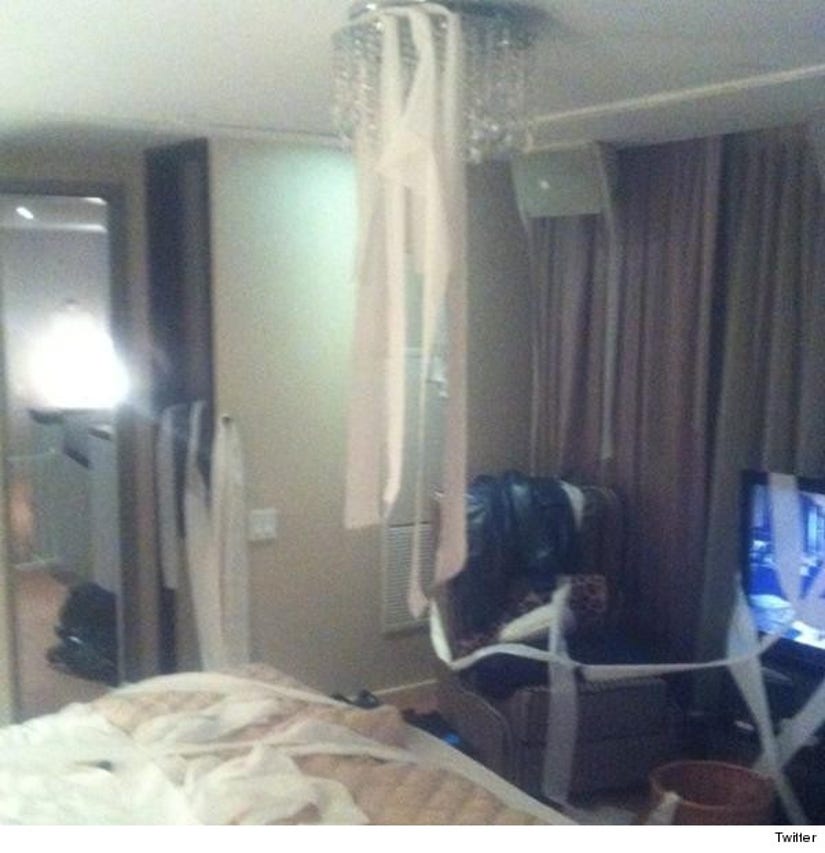 6. In Miami, Kourtney, Khloe, and Kim each try some of Kourtney's breast milk, saying it tastes sweet, like vanilla.

5. In November 2011 Kourtney goes on a serious health kick, stocking the house with all organic food and in the same episode she also famously decides to get an oil enema on TV.

4. On the February 2011 episode of “Kourtney and Kim Take New York,” Kim hears Kourtney and Scott having sex in the other room. Instead of having the incident happen again, Kourtney and Scott go to a gym bathroom to have sex. The couple was later caught participating in the act by a gym member.

3. During college Kourtney used to give herself bikini waxes to save money. Luckily this talent came in handy when Khloe needed a wax, right before Lamar got home from being away. After all the gruesome ripping and pulling, it was right at the end when Kourtney burned Khloe with the hot wax.

2. Kourtney's alluded on the show to experimenting sexually back when she was in college, but viewers got to see firsthand when Kourtney has a passionate make out session with her friend Jackie at a nightclub in Miami…Khloe's face is priceless.

1. (Warning: Graphic Content) - On a 2010 episode Kourtney undergoes labor with her first child. Viewers got to see Kourtney give birth to son Mason … literally, as she opted to deliver the baby herself.

Which Kardashian sister is your favorite? Tell toofab in the comments below!