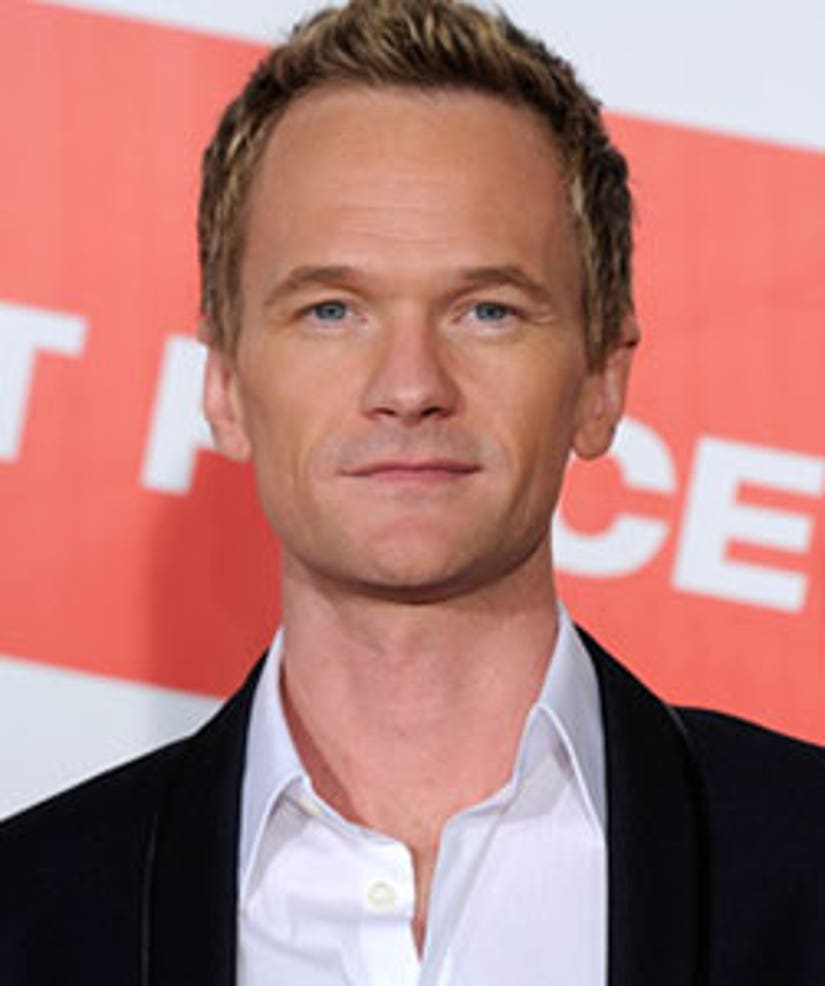 NEW YORK (AP) -- The low-tech musical "Once," based on the love story of a Czech flower seller and an Irish street musician in Dublin, received a leading 11 Tony Award nominations Tuesday, proving sentiment can sway nominators just as much as special effects.

Two other musicals - "The Gershwins' Porgy and Bess" and "Nice Work If You Can Get It" - each got 10 nominations as the Tony committee spread the wealth across 30 of 37 eligible shows. Unlike last year's "The Book of Mormon," no monster single hit dominated the nominations.

"Once," with songs by Marketa Irglova and Glen Hansard, was originally a low-budget movie made for about $150,000. The film earned $20 million, thanks in part to an original score that included the sublime, 2007 Oscar-winning song, "Falling Slowly." The musical is a study in how to beautifully adapt a movie to the stage.

Its director, John Tiffany, was sitting at a play in Glasgow, Scotland, when his phone began buzzing "like crazy" with word of the show's success. He sat through the play but learned about the Tony haul after glancing at texts.

"It's just brilliant. It's incredible because it's such a delicate, unassuming show. But 'Once' constantly surprises me. I think it's the power of the music and the storytelling that people connect with," said Tiffany, who was nominated for best director of a musical.

His show earned its stars, Steve Kazee and Cristin Milioti, best actor nominations. It also earned nods for best scenic design, best book of a musical and Elizabeth A. Davis got a nomination for an actress in a featured role.

"I think it's a universal message about love. Not just between two people, but a love of music, a love of your country, how we share things as people," Kazee said. "There are moments that are just snapshots in your life, but they stay with you forever. We all have those moments."

"Peter and the Starcatcher," a play about the origins of Peter Pan, earned nine nominations, while the fall revival of "Follies" and the new Disney musical "Newsies" got eight nods each.

Later this summer, "Once," "Nice Work If You Can Get It," and "Newsies" will compete for the title of best musical with a surprise entry - "Leap of Faith," which was ravaged by critics. "Ghost the Musical," an import from London with songs by Dave Stewart and Glen Ballard, failed to get nominated in the best musical category.

Joe DiPietro earned a Tony nomination for writing the book to "Nice Work If You Can Get It," which stars Matthew Broderick and Kelli O'Hara, who also got a nomination as a leading actress in a musical. The frothy musical smartly integrates classic Gershwin songs such as "Sweet and Lowdown," "Let's Call the Whole Thing Off," "S'Wonderful," "Someone to Watch Over Me," "They All Laughed" and "Fascinating Rhythm."

The musical is the first since DiPietro won two Tonys for writing the still-running "Memphis," but he's not jaded.

"The Tonys are always a big deal," he said. "I wrote for a long time and no one seemed to care and then I suddenly started getting produced. When I won my Tonys, it was childhood dream time coming true."

"Other Desert Cities," a play by Jon Robin Baitz that moved to Broadway after critical acclaim at Lincoln Center Theater, earned five nominations, including best play.

"My psychology is such that I can't jump up and down. I suppose that makes me Jewish and of the theater," Baitz joked after the announcement.

Baitz's play, about a dysfunctional, politically divided family wrestling with a deep secret in their past, also earned Stockard Channing and Judith Light acting nominations.

"It feels extraordinary. I feel thrilled, I feel blessed, I feel honored," said Light, the former "Who's the Boss?" star who last year was nominated for her performance in "Lombardi." "I was away from the theater for a long time. When I came back, I came back slowly and I had to really work my way back in and not expect anything."

The Tony Awards will be broadcast on CBS from the Beacon Theatre on June 10. Neil Patrick Harris, the star of "How I Met Your Mother," will be the host.

Broadway's most expensive show, the $75 million "Spider-Man: Turn Off the Dark," got only two nominations, for best scenic design and costume. The former punch-line is now a top-earning hit and a spokesman shrugged off the snub.

"Even without a nomination for best musical, we can assure you that the audiences this week will love the show just as much as they did last week," Rick Miramontez said.

In the musical revival category, "Follies" and "The Gershwins' Porgy and Bess" will compete against two Andrew Lloyd Webber and Tim Rice works: "Jesus Christ Superstar" and "Evita."

The best leading actor in a play Tony will pit James Corden from the British import "One Man, Two Guvnors," Philip Seymour Hoffman from Arthur Miller's "Death of a Salesman," James Earl Jones from "Gore Vidal's The Best Man," Frank Langella from "Man and Boy" and John Lithgow of "The Columnist."

The battle in the female leading actress play category will be fierce, with competitors including Nina Arianda of "Venus in Fur," Tracie Bennett of "End of the Rainbow," Linda Lavin of "The Lyons," Cynthia Nixon in "Wit" and Channing.

Lavin, the Golden Globe- and Tony Award-winning actress who starred in the long-running TV sit-com "Alice," was literally in the air when she learned of her nomination. She was flying back from Willmington, N.C., after seeing a play at her 50-seat Red Barn Studio Theatre.

"I don't think I've hit the ground yet," she said. "I'm sitting in my apartment, having a bowl of soup. It's been quite a whirlwind morning. I just hope I don't die from it. I'm feeling very, very heightened right now."

In "The Lyons," Lavin plays mother of a family grappling with the impending death of its patriarch. The actress said she wished the playwright had been nominated for writing about a woman who is "funny and furious and deeply sad - all at the same moment. I've always liked to play those notes all at once."

One of the more intriguing moves by the Tony nominating committee was in the category of best original score. They awarded Alan Menken and Jack Feldman a nod for "Newsies" but also Frank Wildhorn and Don Black for "Bonnie & Clyde," a show that closed after only 69 performances. They also nominated the songwriters for "One Man, Two Guvnors" and "Peter and the Starcatcher," although both are really plays with incidental music. Overlooked were "Spider-Man" and "Ghost the Musical."

In addition to O'Hara and Milioti, the nominations for best leading actress in musical include Jan Maxwell of "Follies," Audra McDonald for "The Gershwins' Porgy and Bess," and Laura Osnes of the now-closed "Bonnie & Clyde." One name missing from many critics' list in this category was Bernadette Peters, who co-starred with Maxwell in "Follies."

Peters will be the recipient of the Isabelle Stevenson Award, which honors someone from the theater community who has helped a charity. Peters founded Broadway Barks! along with Mary Tyler Moore to promote the adoption of shelter animals. The Tony Awards will also honor Hugh Jackman, citing "his contributions to the Broadway community" and "personal generosity of spirit."

The Shakespeare Theatre Company won the 2012 Regional Theatre Tony Award, and Actors' Equity Association, which will celebrate its 100th anniversary in June, will get a Special Tony, too.