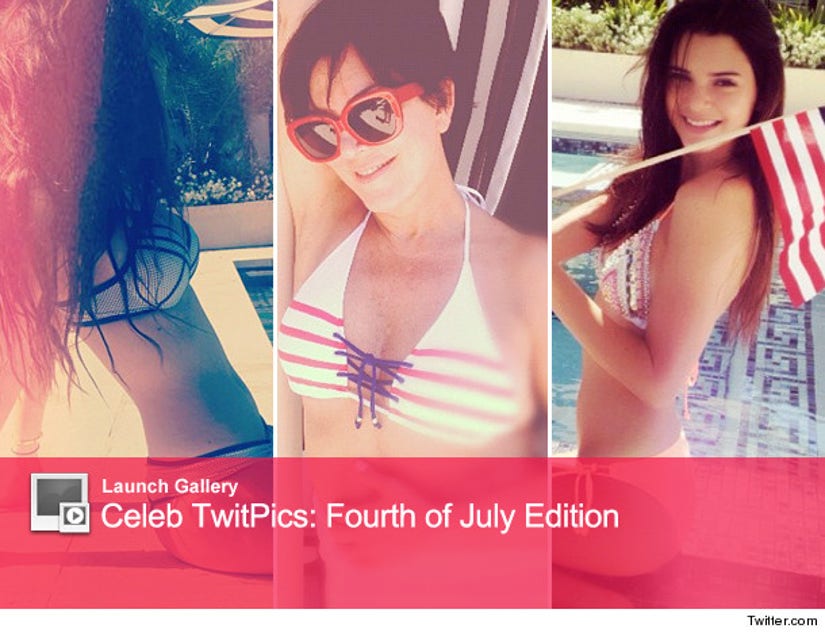 Kris Jenner and her two teenage daughters Kendall, 16, and Kylie, 14, all celebrated the Fourth of July yesterday by putting on some bikinis and posing for their Twitter fans.

"How stylish is my mom?" Kylie asked her followers after sharing a pic of Kris in a patriotic red, white and blue tie-up bikini top. The 56-year-old mom looks pretty good in the shot, where she's seen sporting red sunglasses as well.

Kylie also posted a pic of herself by the pool without comment.

Kendall got in on the Twitter action as well, telling all her fans to have a "happy 4th" while waving the American flag by the pool.

The Jenner gals weren't the only one with patriotic tweets. Check out the gallery above to see personal Fourth of July shots from Britney Spears, Rihanna, Fergie, Jennifer Hudson and more!