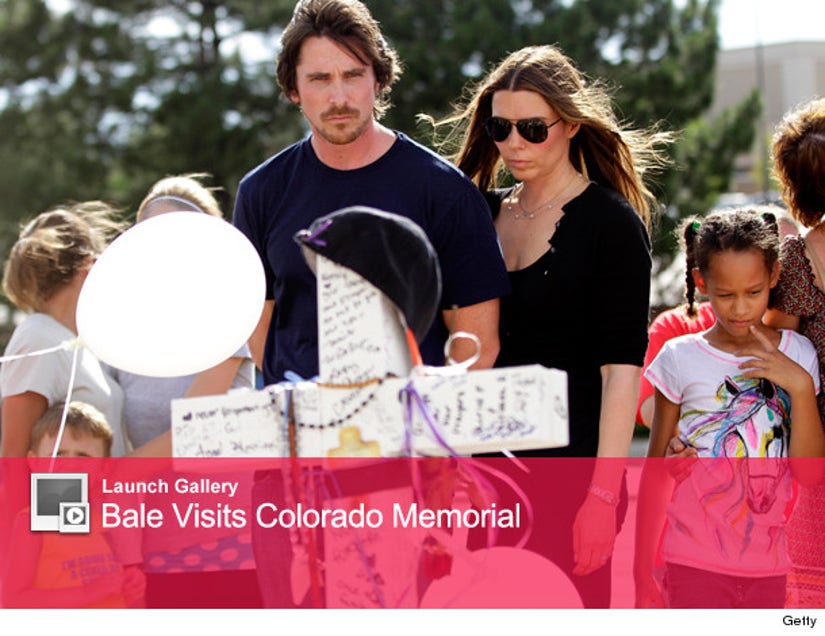 Aurora, Colo. (AP) -- Batman star Christian Bale visited survivors of the Colorado theater shooting Tuesday, and thanked medical staff and police officers who responded to the attack that killed 12 people and injured 58 others.

Bale visited with little advance warning and also stopped by a makeshift memorial to victims near the movie theater that was showing "The Dark Knight Rises" when the gunfire erupted.

Carey Rottman, one of those injured in Friday's shooting, posted two photos of himself with Bale on his Facebook page. 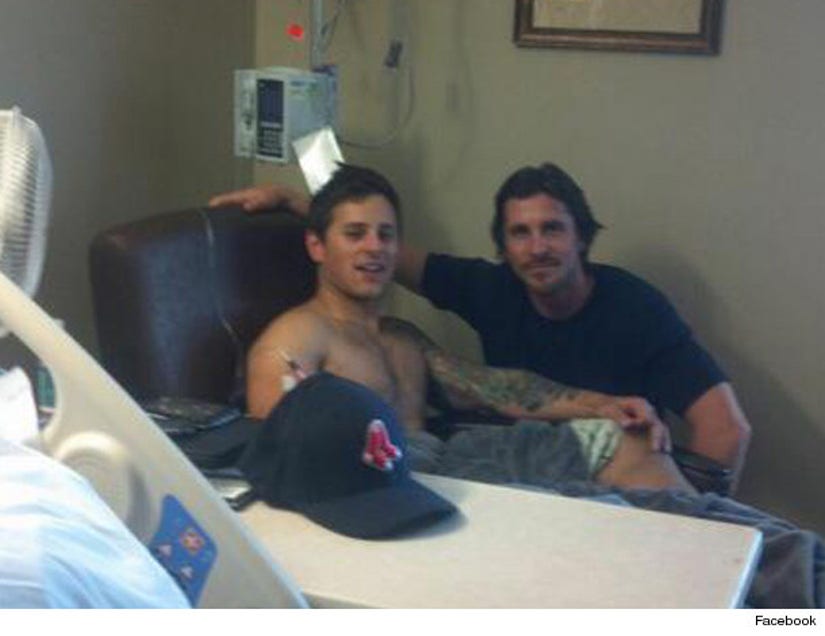 Janie Bowman-Hayes, assistant vice president of surgical services at sister hospital Swedish Medical Center, said she and co-workers were attending a luncheon at The Medical Center of Aurora to thank staff who tended to victims. "When we got there, then we found out he was there," she said.

Bale, humble and dressed casually in a black T-shirt and jeans, thanked the staff, shook hands and agreed to have his photo taken with employees, Bowman-Hayes said.

An online campaign had urged Bale to visit survivors of the shooting.

Bale also stopped by a growing memorial near the theater and walked among the 12 crosses erected for each of the slain victims. Many people there didn't realize who he was or chose to leave him alone.

A Warner Bros. spokeswoman told The Denver Post that Bale was representing himself, not the movie studio.

Bale, who stars as Batman in "The Dark Knight Rises," previously issued a written statement saying: "Words cannot express the horror that I feel. I cannot begin to truly understand the pain and grief of the victims and their loved ones, but my heart goes out to them."

President Barack Obama and members of the Denver Broncos also have made hospital visits to some of the survivors.

Bowman-Hayes and her staff cared for patients at both Swedish Medical Center and The Medical Center of Aurora after the shootings, whether it was in the operating room or intensive care unit, or by washing medical instruments.

"He did this out of his heart, and you could really tell. It was so sincere," she said. "It was just, 'thank you.'"