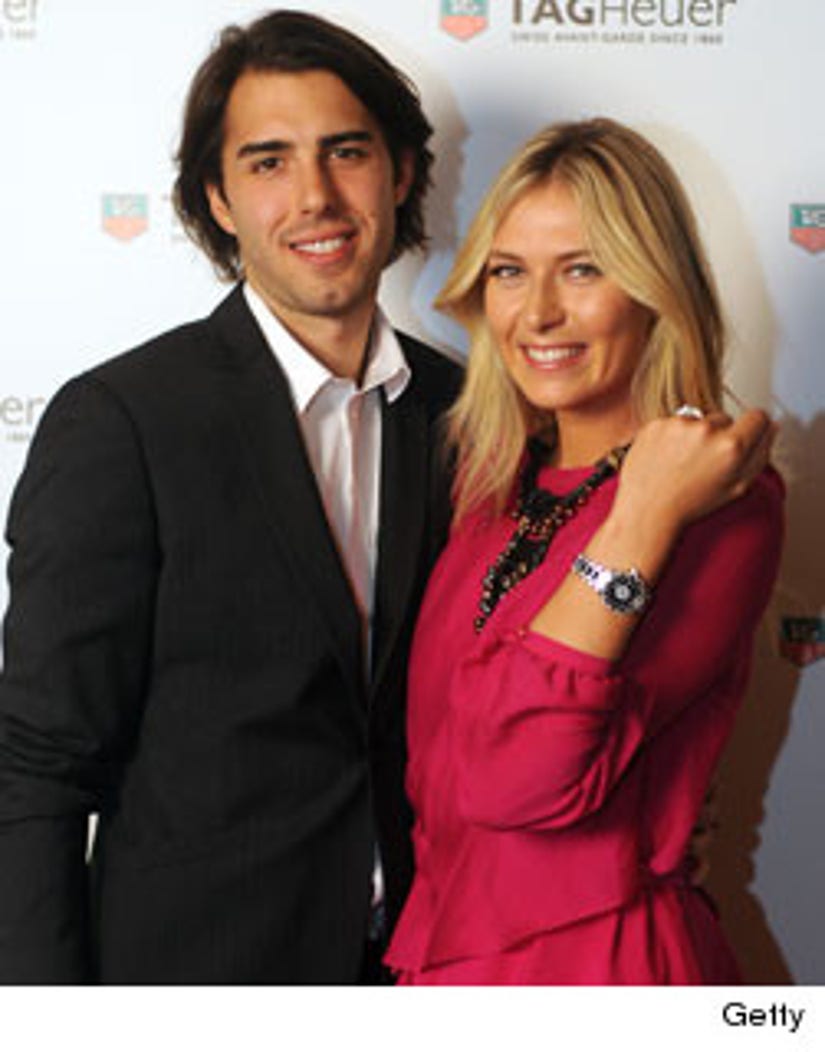 It looks like the love match is off for tennis player Maria Sharapova and her fiance, former Los Angeles Laker Sasha Vujacic .

According to the La Gazzetta Dello Sport Italian newspaper, Sasha went public with the breakup news on Friday.

Earlier this week, there were warning signs that there was trouble in paradise when the tennis player dodged wedding questions in an interview.

Perhaps their busy schedules played part in their decision to call it quits.

Sharapova plays her third-round match at the U.S. Open later today, and Vujacic is currently in training camp overseas for the approaching Turkish basketball season.

The pair started dating back in 2010 – only going public with the relationship after they were captured showing some PDA at a U2 concert. Later that year, they got engaged.

Guess it's game over for the world famous athletes. We're sure they'll each bounce back.