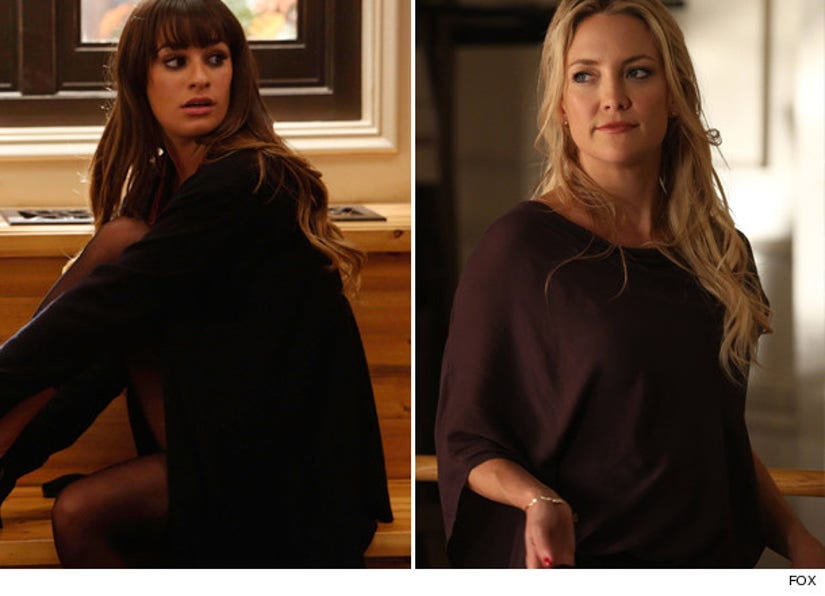 Lea Michele and Kate Hudson's characters have a bitter rivalry on "Glee" this season -- but are they butting heads off-screen as well?

Michele has long been the target of diva rumors ever since the FOX show premiered and Kate's addition to the show just started new ones ... with Hudson allegedly saying working with Lea was a nightmare.

"I can assure you that [the diva rumors] aren't real," Lea tells Marie Claire. "It's super-frustrating sometimes, and I used to fight back, but now I feel like, You can think what you want about me — that's OK. I have the most amazing fans, friends, and family members who have stood by me, and I know that my cast and crew really enjoy working with me. That's all that matters."

Lea specifically shot down the Hudson rumors in the mag -- saying Kate actually called her after gossip of a fight between them hit the tabloids.

"I just heard about that, and it f**king sucks. I want you to know I think you're amazing," Lea says Kate told her.

"[Kate] went straight to the top of my list because it was so classy of her to take a minute to [address the rumor], even though we both knew it was the biggest piece of crap in the whole world," Michele continues. "I told her, 'I love you, and I adore you. Thank you so much for creating a human moment with me.'"