News By TooFab Staff | 4/1/2013 4:45 PM PT
April Fool's Day is the worst, especially in the arena of celebrity news.
Every wedding, engagement and pregnancy turns out to be false ... casting rumors and awesome movie announcements are proven to be nothing more than hoaxes ... and even the most simple tweets have to be looked at with a skeptical eye.
And this year, the stars planned some fun pranks. Check out some of the best stunts (so far) from people like Snooki, Mike Tyson and Miranda Lambert.
Lindsay Lohan Is Pregnant:

This would definitely be the most exciting news ... if it were true. Could you imagine Lindsay Lohan bringing her baby bump to rehab?
Ellen Goes to the Dark Side 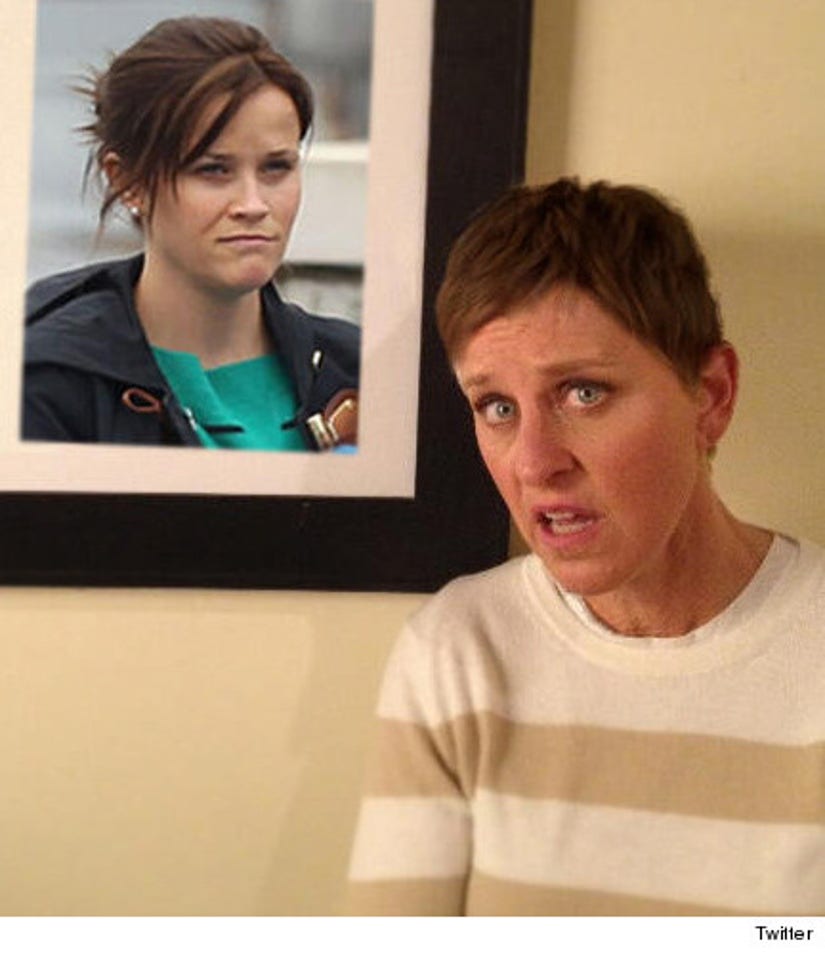 The blonde talk show host debuted some Reese Witherspoon-inspired locks on her Twitter page Monday. It's actually not a bad look for her, so it'd be a welcome change if she decided to make her joke a reality.
Snooki Elopes: 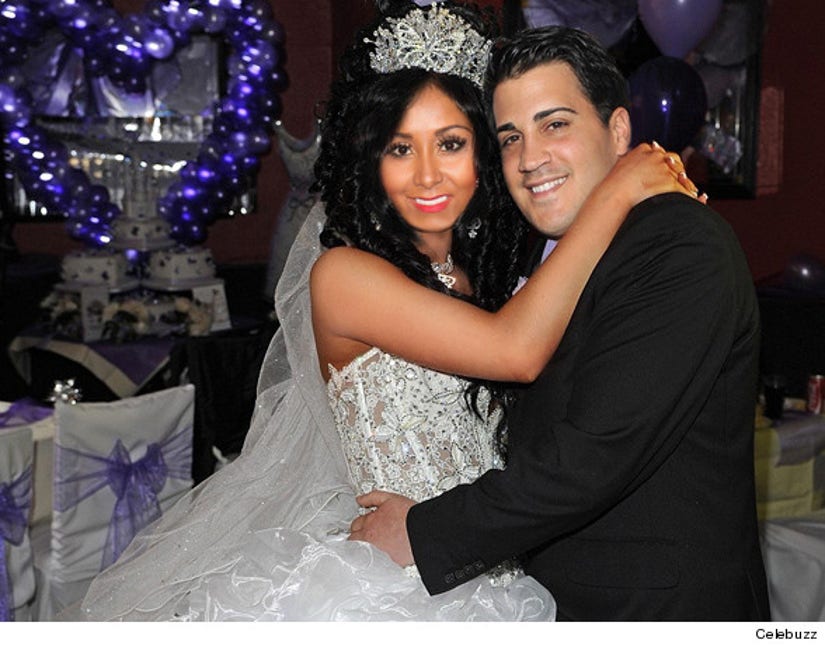 The "Jersey Shore" star posted the photo above on her blog, saying 'Jionni and I eloped ... here's a pic of the magical day!"
Doesn't take much to figure out this one's a fake. Check out the shoddy Photoshop work! Plus we all know Snooki would never elope. She even admitted it later, "APRIL FOOLS ya freaks!! My ass is gonna have a huge wedding lets be serious lololol"
"Pineapple Express 2" Coming Soon:
Seth Rogen and James Franco released a new trailer for their upcoming flick today -- but not the one we all thought it would be.
The two made a fake movie preview for "Pineapple Express 2," a sequel to their hilarious 2008 stoner comedy. It looked promising at first ... until Jonah Hill popped up as "Woody Harrelson."
In reality, the clip promoted their upcoming Armageddon movie, "This Is the End." Smart marketing move!
George Takei Is Leaving "Star Trek" for "Star Wars": 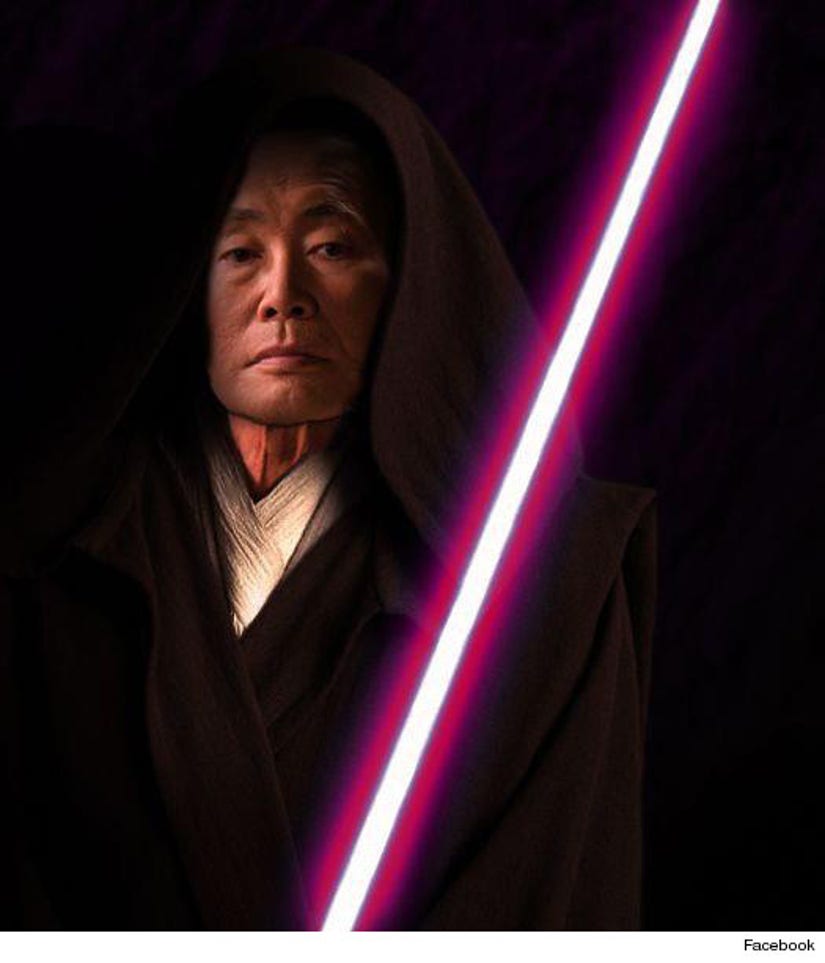 Could Sulu be going from the USS Enterprise for the Millennium Falcon? That was what George Takei wanted everyone to believe when he posted the photo above on Facebook today.
"Friends, I am thrilled to announce that I'll be starring in the Star Wars reboot directed by JJ Abrams. I'll be playing Master Ceti Maru, a member of the Jedi High Council. The new film, entitled "Star Wars: Galactic Empire," is greenlit and will begin filming sometime early next year. It is truly a moment for The Star Alliance. Thanks to all my fans for their decades of support."
"Teen Mom" to Become A Mom ... Again:

Farrah Abraham, who was just arrested for DUI last month, tweeted that she and her daughter were going to have addition to the family.
Thankfully she followed up several hours later confessing to the prank, "#AprilFools!!!!!!!! Just a joke ;)"
Mike Tyson Decided to Remove His Face Tattoo: 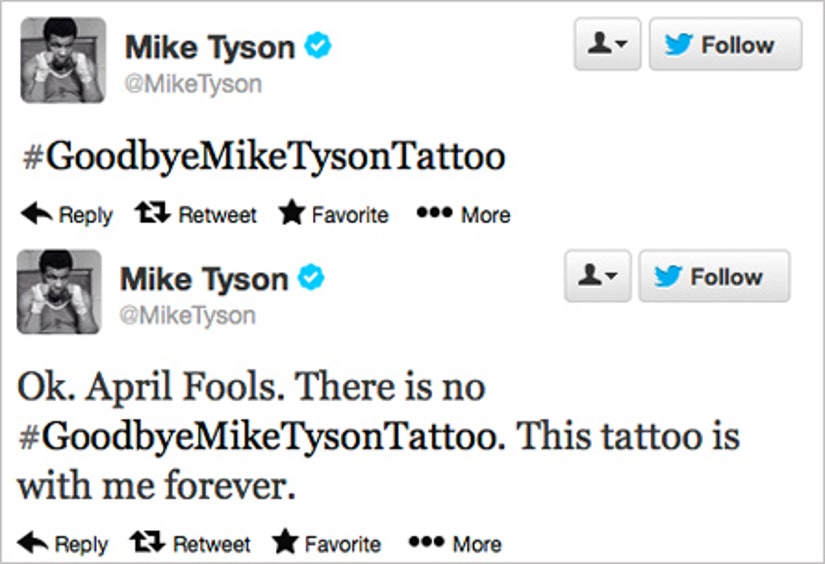 Mike Tyson tricked some into thinking he'd done away one of his most distinguishing characteristics: His face tattoo.
Luckily for all of us, it's not really happening.
Michelle Trachtenberg is Engaged:

Another Twitter prank from Michelle Trachtenberg ... one of the least original of the bunch.
The Cast of "Wings" Pulls a "Veronica Mars":
With '90s nostalgia at an all-time high and shows like "Veronica Mars" using Kickstarter to fund movies, the cast of "Wings" was one of many canceled TV shows that teamed with Funny or Die today for a hilarious campaign.
"Dinosaurs," "Sliders" and "Family Matters" all made their own Kickstarter videos too -- check them all out over at Funny or Die.
Honey Boo Boo's Real Mom Revealed: 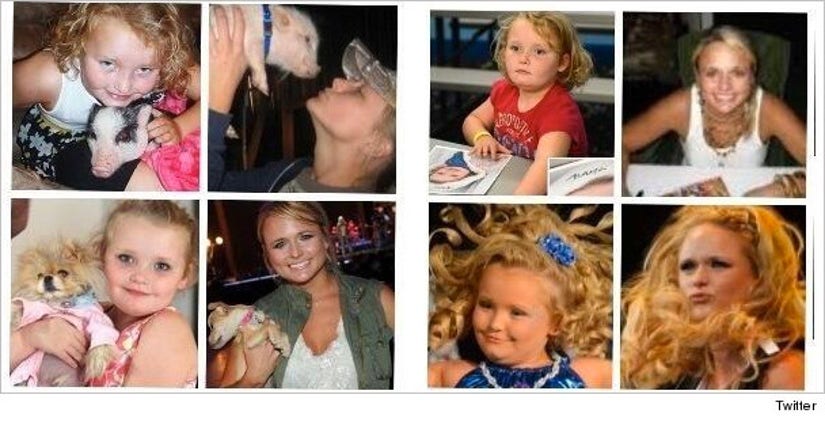 Here comes Honey Boo Boo's real mom: Miranda Lambert?!
The country singer made the claim on Twitter today, posting the above photo as proof. We gotta say, the resemblance is definitely there.
Which April Fool's pranks have you seen so far today ... and did any actually fool you? Sound off below!