Washington Wizards center Jason Collins made history by being the first active NBA player to come out as a gay man -- and now, another out star is applauding his "brave" decision.

Ellen DeGeneres dedicated her monologue on today's show to the basketball player, highlighting the importance of the news.

"You have no idea what a big deal that is. He's the first professional athlete to reveal he's gay while he's still playing," says Ellen ... who couldn't resist a joke or two during her heartfelt opening. "It was more challenging for him. He is 7-feet-tall so when he came out of the closet he had to duck.

"I applaud you, Jason Collins, I applaud you," she continues. "That is a very brave man. I would high-five you but I don't think I can reach you. But when I see you, I am gonna hug your knees so hard."

Because of you there's a little boy playing basketball right now who knows he can be who he is and play the sport that he loves," adds Ellen. "Now that little boy's only obstacle is that he's gonna be 5'4” and terrible at basketball. But you've done your part, so."

Watch the video above to see what else the talk show host had to say to the athlete -- plus, check out the gallery below to see more out sports stars! 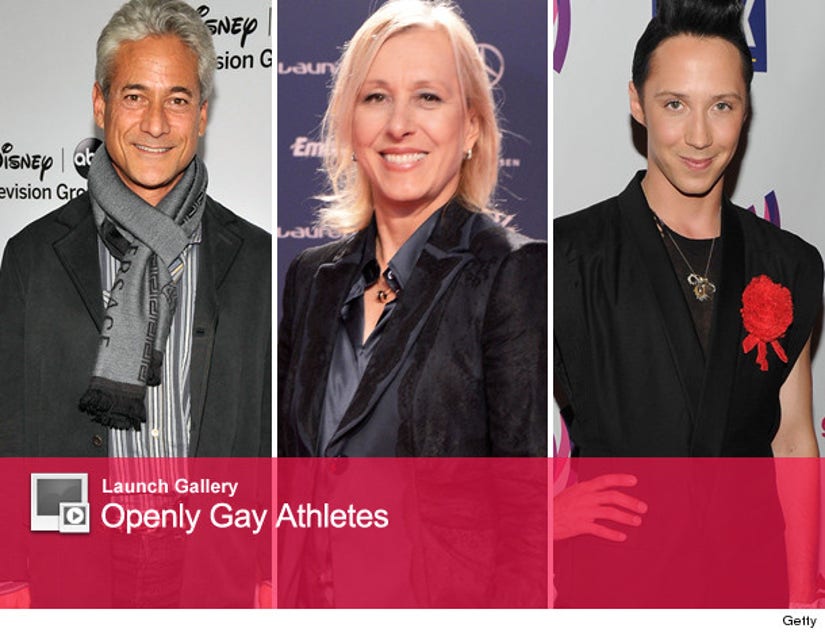