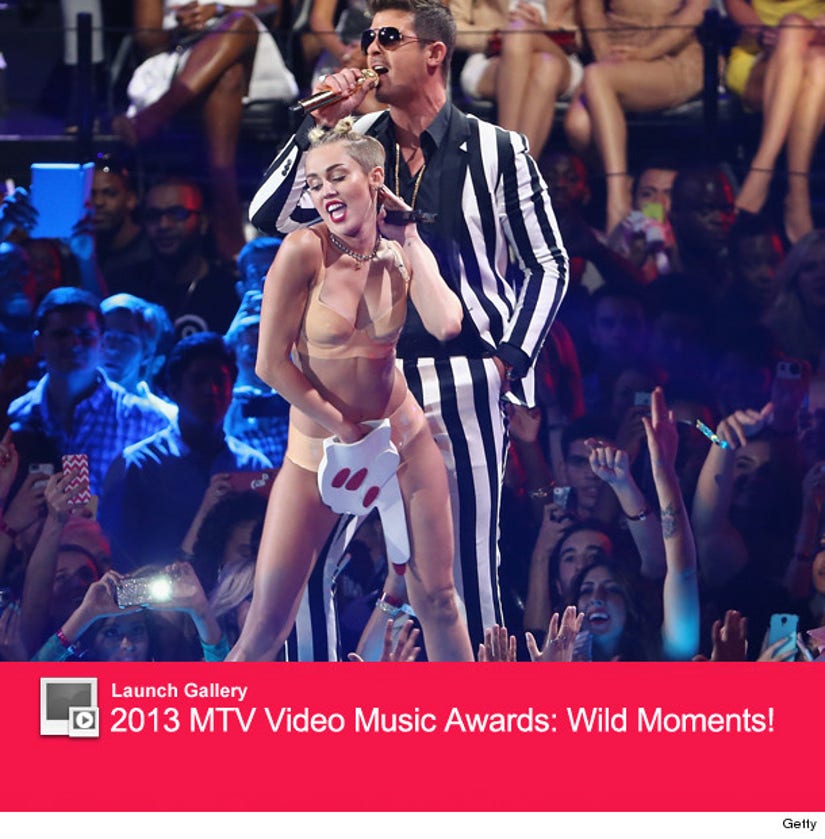 Just when you thought we were done talking about this, Oprah Winfrey had to go and ask Robin Thicke about his VMA performance with Miley Cyrus.

And what he said was very interesting.

"People ask me, 'Do you twerk?' I'm like, 'Listen, I'm the twerkee. I'm twerked upon," he said during a sit down with O airing on "Oprah's Next Chapter" (via People).

To drive the point home, he then repeated his statement: "I don't twerk myself, okay? I'm just twerked upon."

"So to me, I'm walking out towards Miley [and] I'm not thinking sex," he continues. "I'm thinking fun, you know? I mean her and I don't have that kind of – You have to remember, I'm singing my butt off. I'm sitting there. I'm looking up at the sky, and I'm not really paying attention to all that."

Sounds like he's putting the blame on Ms. Cyrus, doesn't it?

Miley previously talked about the double standard between the two, telling Rolling Stone: