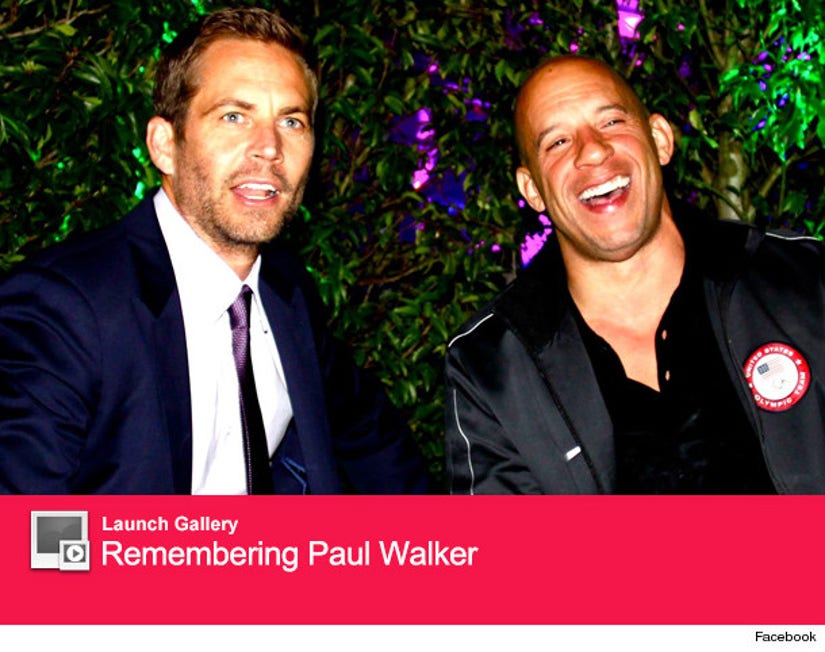 Vin Diesel is opening up about life after Paul Walker's death.

Walker's "Fast & Furious" costar gave his Facebook fans some insight into his grieving process, sharing some personal details from an emotional moment with the late actor's family.

"When I heard, I immediately flew back to California, and went directly from the plane to his mother's house," explains Vin in the post.

"I thought they needed my strength, but realized when I got there and broke down before his family, that it was I who needed theirs," he continued.

"His mother hugged me and said I am so sorry," Diesel adds. :I said sorry? You're the mother who lost a son?... She said yes, but you lost your other half."

It's true, the two had been costars for the past 12 years -- starring side by side in 4 films in the action-packed franchise. They were also midway through filming the 7th film in the series, what would be their 5th together.

Vin's Facebook post comes days after the actor also spoke at a memorial for Walker, who died after a car crash a week ago in Santa Clarita, California. He was 40.