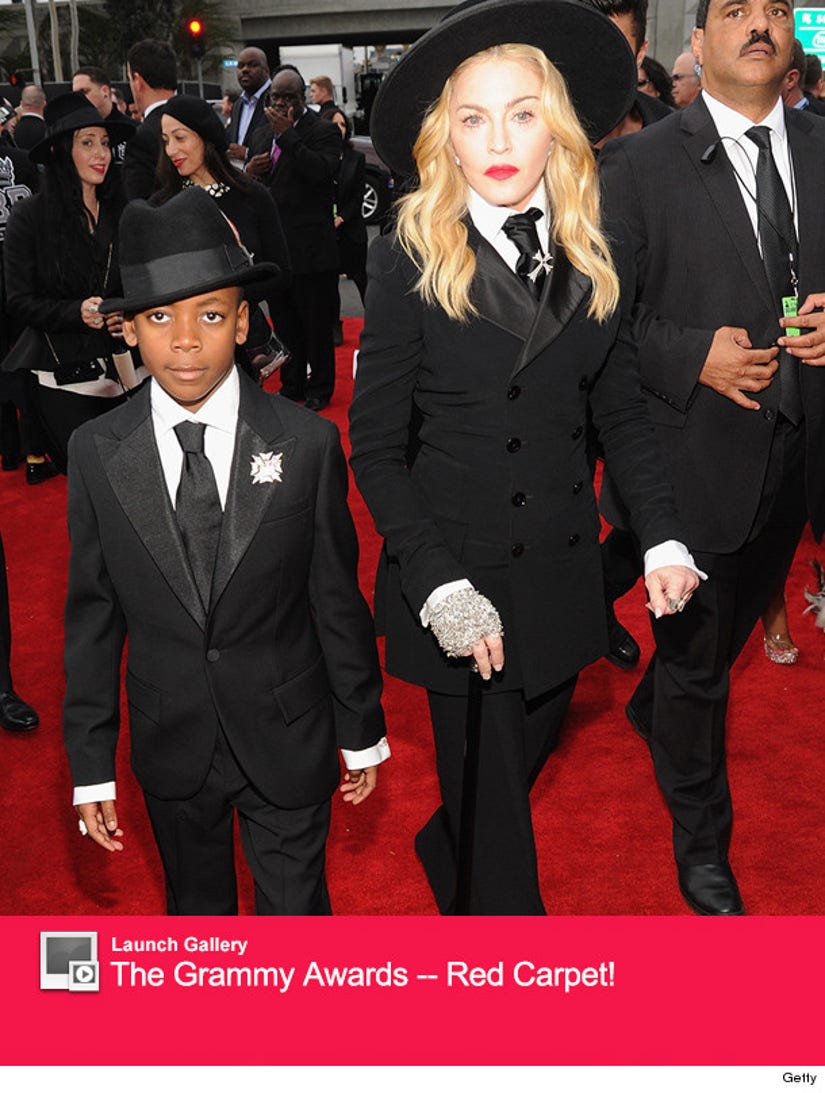 Madonna brought her youngest date ever to the Grammy Awards on Sunday night -- her son David!

The singer and adopted son hit the carpet together at the Staples Center, dressed head to toe in Ralph Lauren.

Both Madge and David wore suits for the occasion, with the Queen of Pop saying the look was all her son's idea.

The 55-year-old is slated to perform "Same Love" with Macklemore and Ryan Lewis tonight, a performance which will also include a 34 couple marriage ceremony officiated by Queen Latifah!

It should be an interesting night, indeed! Keep checking back for more from the Grammy Awards!