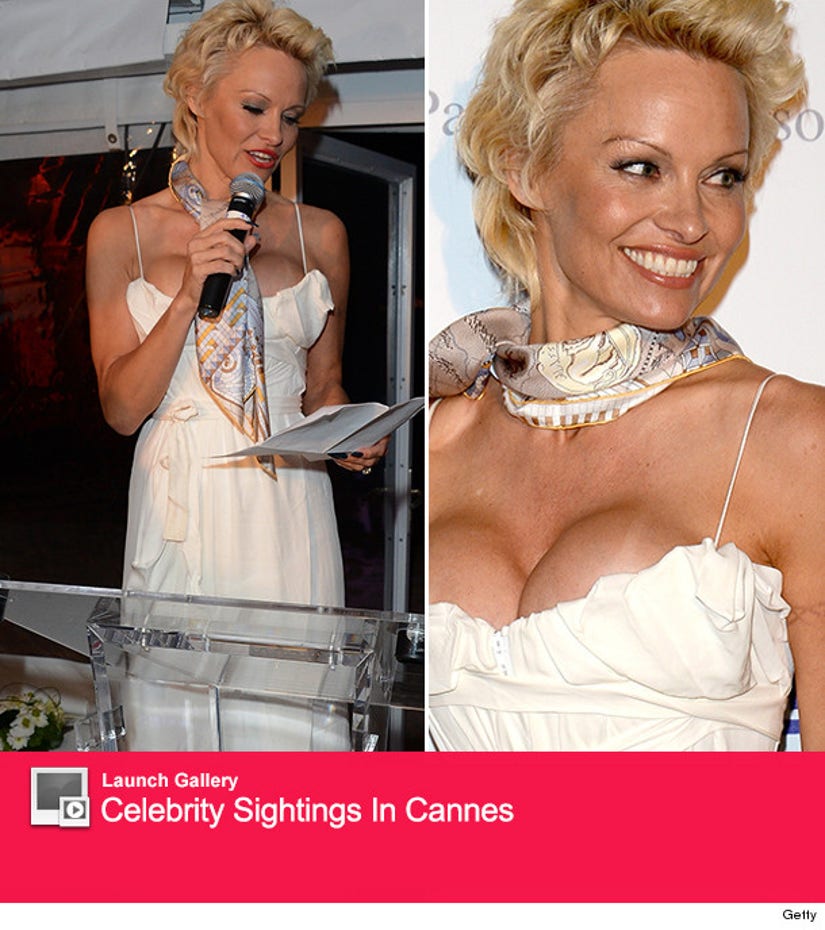 Pamela Anderson got incredibly candid at a fundraiser on Friday night in France, opening up about her history of sexual abuse.

While giving a speech at an event for The Pamela Anderson Foundation, an animal rights advocacy group she just launched, the 46-year-old actress revealed her childhood trauma to the crowd.

"I did not have an easy childhood. Despite loving parents, I was molested from age six by a female babysitter," she said at the event, which she attended with husband Rick Salomon and her son with Tommy Lee, Brandon.

"I went to a friend's boyfriend's house and his older brother decided to teach me backgammon, which led into a back massage, which led into rape," she said of a later event. "He was 25 years old and I was 12."

She also said another boyfriend "decided it would be funny to gang-rape me with six friends. I wanted off this earth."

"My affinity with animals saved me, they came to me naturally. The trees spoke to me. I wasn't sure why I was alive," Anderson continued, revealing why she campaigns so hard for animals. "My loyalty remained with the animal kingdom. I vowed to protect them and only them. I prayed to the whales with my feet in the ocean, my only real friends until I had children."

Watch the last part of her speech in the video below:

This isn't the first time Anderson has talked about her troubling past.

In an interview with Jane magazine back in 2003, she reportedly said "My first experience with sex was nonconsensual. The guy ran around afterward in a panic, saying, 'What have I done, what have I done?' Looking back, it was awful. I felt like everyone knew that I had had sex, like it was tattooed on my forehead. That was one thing I never told my mom until a few years ago."