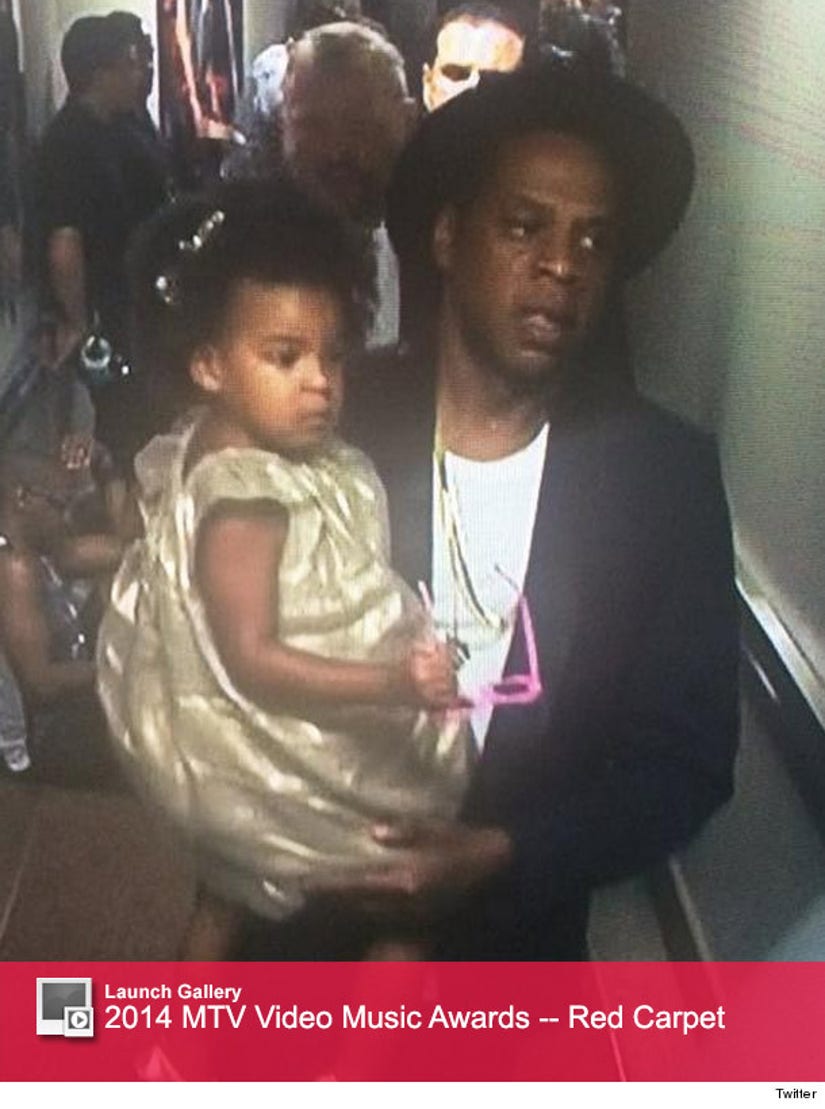 Beyonce is making it a family affair!

Jay Z and Blue Ivy were spotted backstage at the 2014 MTV Video Music Awards on Sunday night, showing their support for the "Drunk in Love" singer before she took the stage.

In a screen grab from MTV's backstage feed, the rapper looked dapper in a black jacket with a matching black hat, while the tiny tot looked adorable in a gold dress and metallic flats.

Despite the divorce speculation, Bey's family seems to be in tact!

A source told The Insider that the singer, who will receive the Michael Jackson Video Vanguard Award, is set to perform an epic medley of her smash hits from her album at Sunday night's ceremony.

The source also confirmed her fifteen minute performance will include "Pretty Hurts" as well as a three-minute video of her, Jay and Blue.