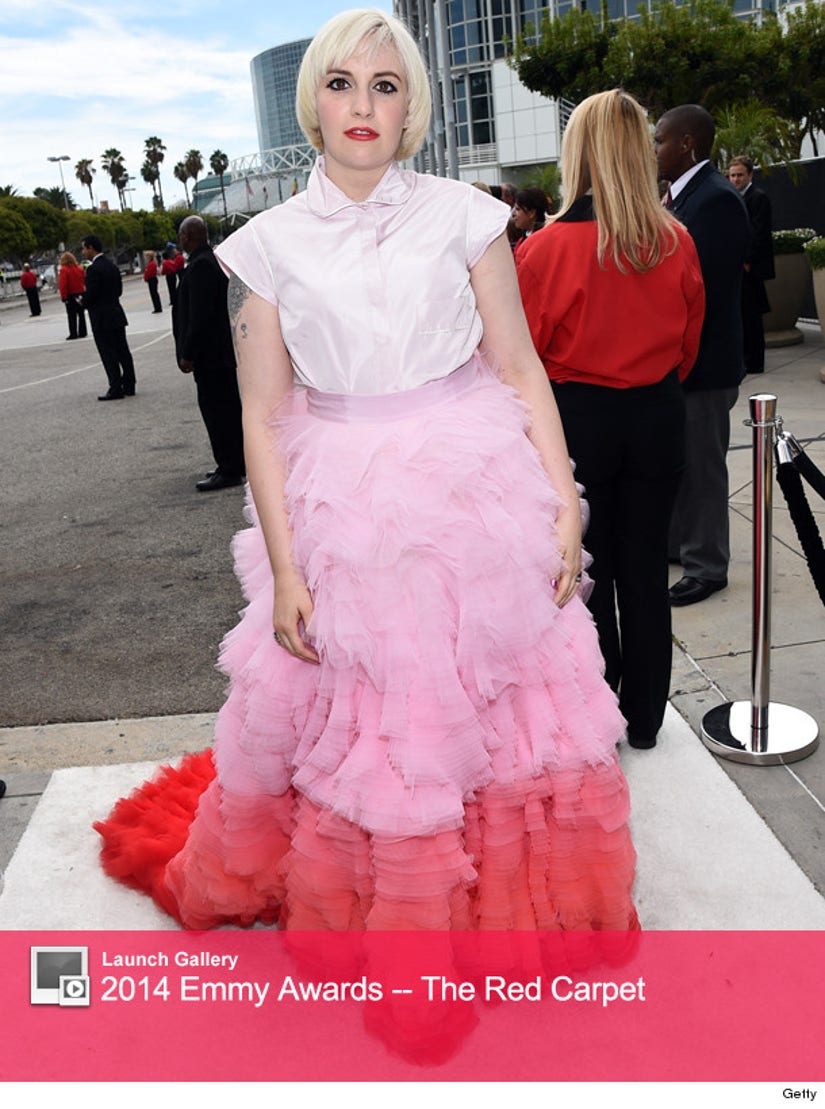 Lena Dunham just landed on our worst dressed list for the second year in a row!

On the heels of her unflattering floor-length floral gown from 2013, the "Girls" star stepped out on the red carpet at the 2014 Primetime Emmy Awards in another odd ensemble.

The actress certainly raised some eyebrows at the star-studded event, sporting a pale pink button down with a pink and red ombre lace-and-tulle-tiered maxi skirt.

While we don't think this color is flattering on her light skin tone, her newly-dyed platinum 'do is growing on us -- and her makeup is spot-on.

Dunham is nominated for Outstanding Lead Actress in a Comedy Series this year.

"It's an honor to be recognized with this incredible group of fierce and funny women," she said in response to her nomination. "This list of nominees would also be the list for the best dinner party in history. Many thanks to the academy and to HBO."

We love her show -- but she may need to hire a new stylist!

What do you think of her wild look? Tell toofab in the comment section below, and click "Launch Gallery" above to see all the stars on the red carpet at the Emmy Awards.

Check back with toofab to see the can't-miss moments from the show!