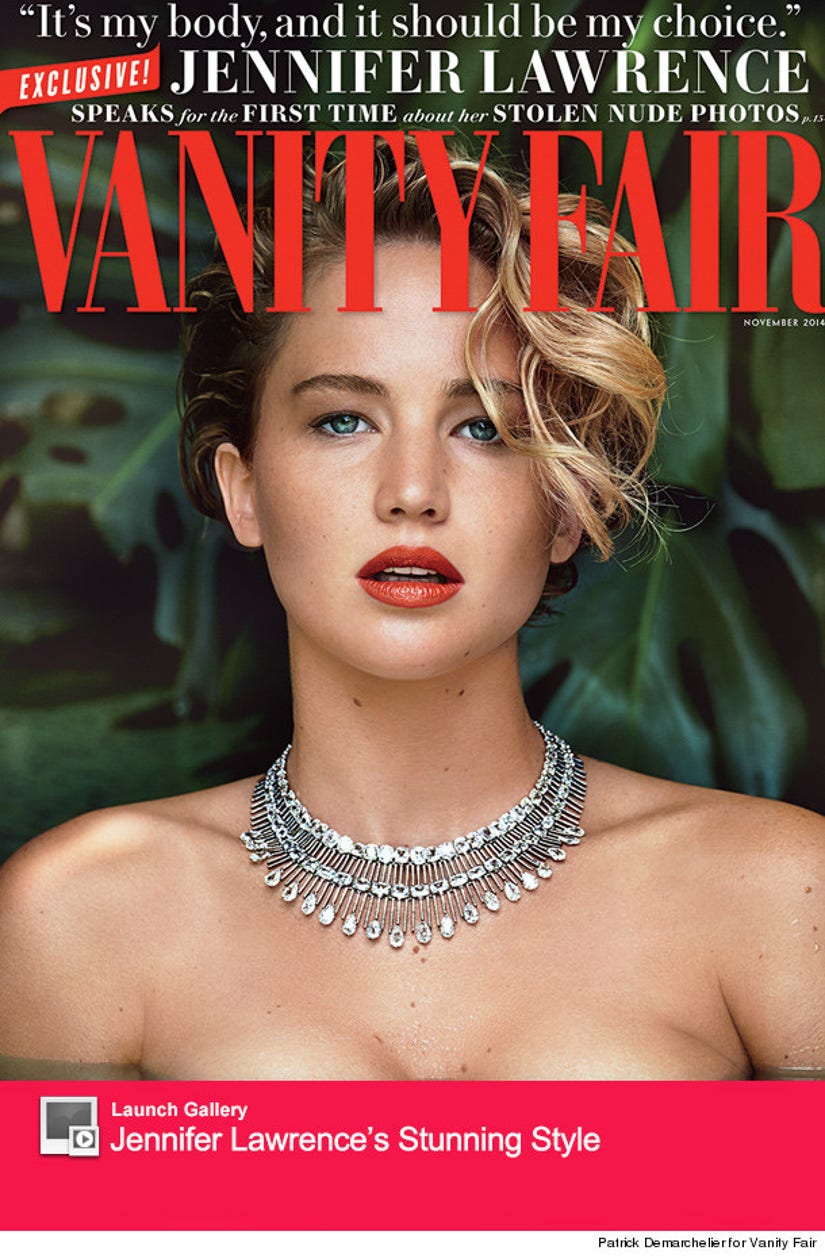 Jennifer Lawrence is speaking out on the massive nude photo leak that included herself and a ton of A-list actresses -- saying she was "sexually exploited and violated."

The "Hunger Games" star opens up about the flagrant violation of her privacy in the new issue of Vanity Fair.

She reveals the photos were for her then-boyfriend, Nicholas Hoult, though she doesn't mention him by name.

"It is not a scandal. It is a sex crime,” she adds. "It is a sexual violation. It's disgusting. The law needs to be changed, and we need to change. Just the fact that somebody can be sexually exploited and violated, and the first thought that crosses somebody's mind is to make a profit from it. It's so beyond me. I just can't imagine being that detached from humanity. I can't imagine being that thoughtless and careless and so empty inside. Anybody who looked at those pictures, you're perpetuating a sexual offense. You should cower with shame."

The full interview with Vanity Fair will be available on digital editions tomorrow and hit newsstands October 14.