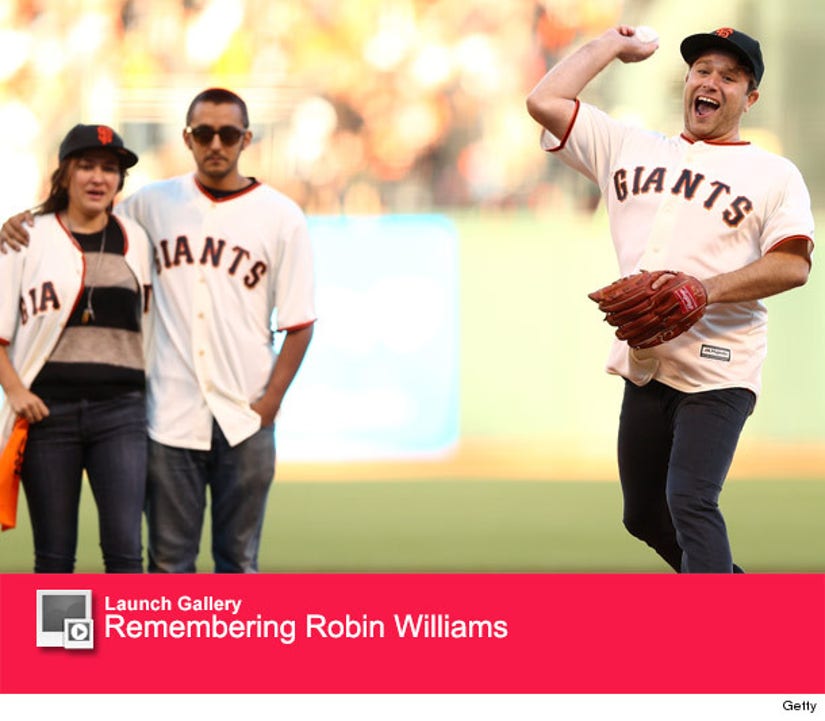 Robin Williams would be proud.

The comedian's children Zak, Cody and Zelda Williams were joined by his best friend Billy Crystal on the San Francisco Giant's field for a touching tribute to the late actor.

Taking the baseball diamond before Game 5 of the World Series, Williams' children and Crystal looked on as a video montage played clips of Robin's numerous trips to the Giants park over the years.

Zak, Cody and Zelda were each wearing special tribute jerseys and opened the game by taking the first pitch. The "Mrs. Doubtfire" star was a huge Giants fan. 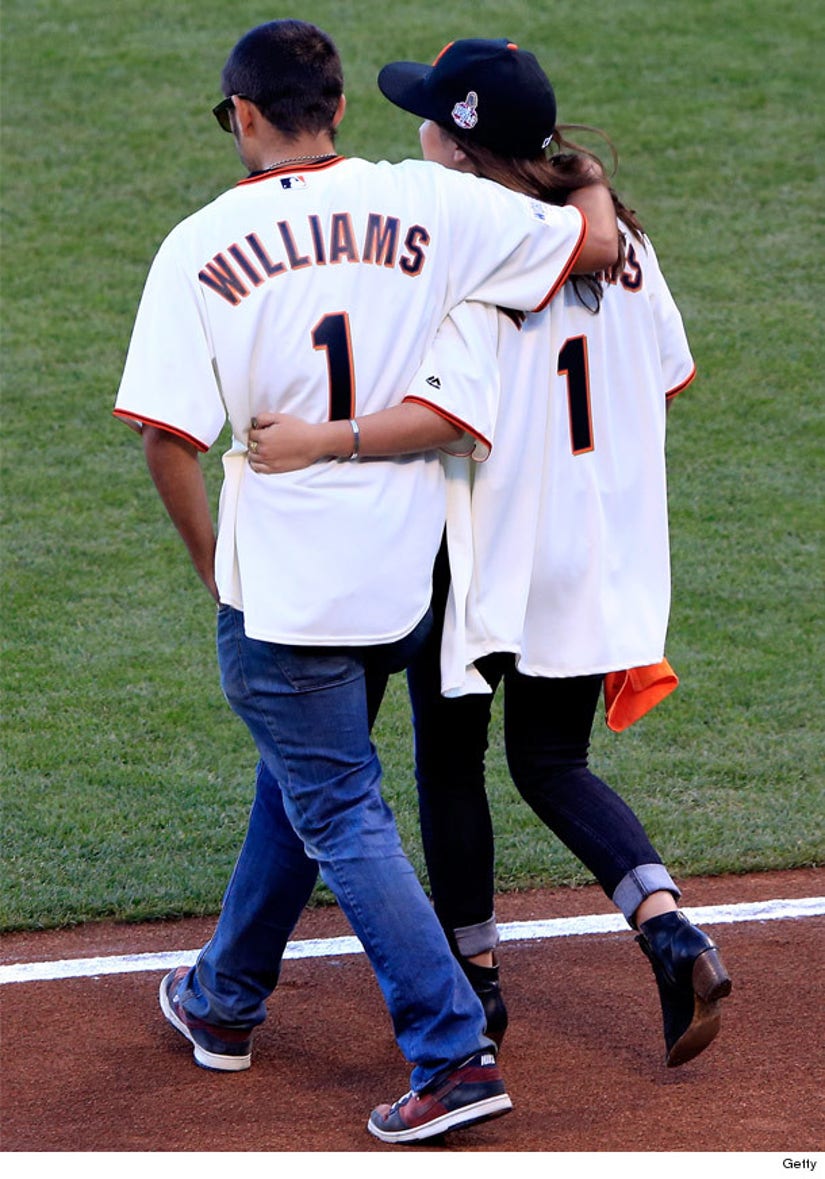 "We are honored to be here in support of the tribute to our father, someone who loved his hometown and especially the Giants," the actor's children said in a statement before the game. "For all of us, it is a tremendous delight and a little surreal to throw out the ceremonial first pitch of a World Series game for our team to our dad's best friend. We could not think of a better way to celebrate his memory. Let's go Giants!"

The "Hook" star tragically passed away in August after taking his own life.

Still, the beloved star remains in the minds and hearts of his family, friends and fans -- check out the clip above to see Robin's kids' touching tribute.