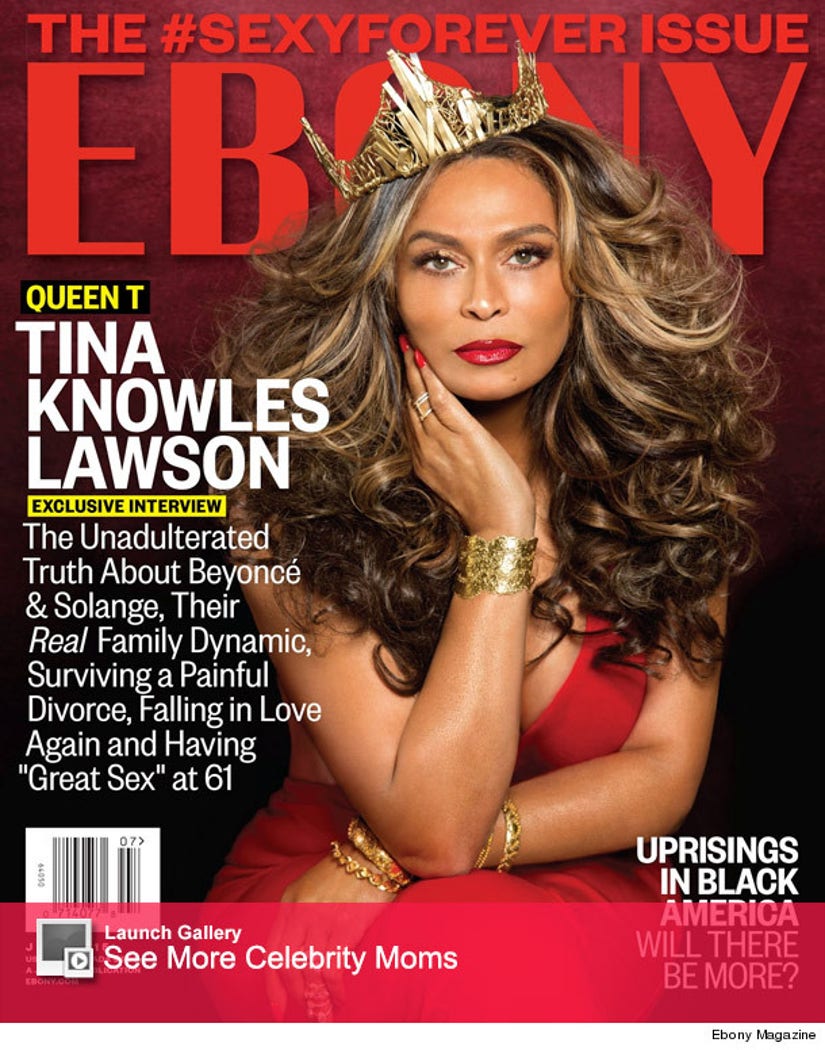 Beyonce gets it from her mama!

Tina Knowles graces the July cover of Ebony magazine in a series of gorgeous photos -- and it's easy to see where Queen Bey gets her gorgeous looks and amazing bod.

In the cover shot, the newly-married star stuns in a red dress as she works glamorous curls and a bold red lip. She fittingly wears a crown on the mag, where she's dubbed Queen T.

The magazine promises that Tina will reveal the truth about daughters Beyonce and Solange in the accompanying article, as well as open up about her split from first husband Matthew Knowles.

According to Ebony, the 61-year-old also reveals that after her divorce, son-in-law Jay Z wanted her to date younger men. She eventually began a relationship with veteran television and film actor Richard Lawson, and the two were married in April in an all-white ceremony on a yacht in Newport Beach. 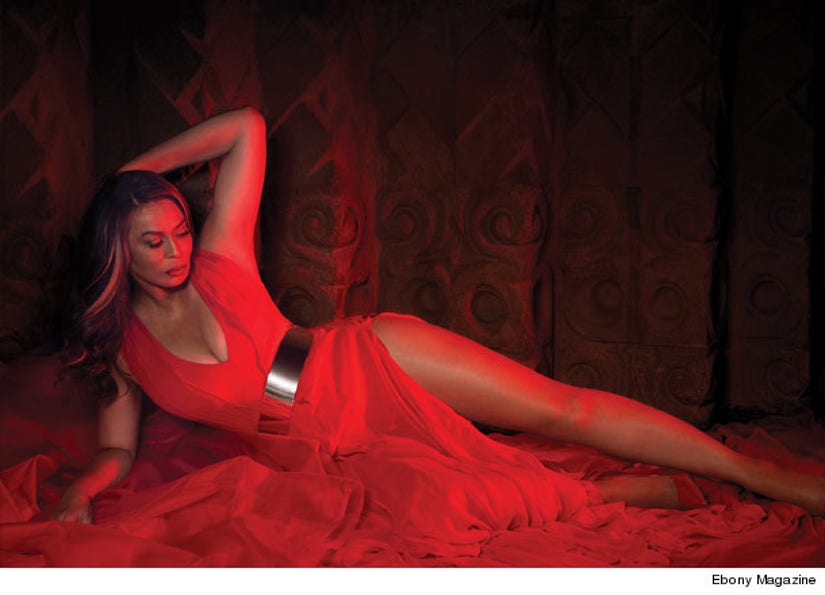 The gorgeous grandmother stuns in another snap as she shows off a whole lotta leg and her amazing body in a red gown. Tina credit her killer bod to Pilates, which she does five days a week.

While the star slays in the photos, she was initially hesitant about covering the magazine's Sexy Forever issue.

"When I was asked to do the Sexy Forever 'Ebony' magazine cover, my first question was, 'Me really?'" she told the mag. "I had some reservations but as I thought of all the women who tell me daily that I have inspired them to live a wholehearted life, which includes your sexuality. I am proud to be 61 years old and to not be putting limitations on my lifestyle. We can still be sexy and vibrant, fashionable, classy and fly until the day we die!"

For more from Tina's interview pick up the July issue of Ebony magazine on newsstands now!

What do you think of the famous mom's cover? Sound off below then click "Launch Gallery" for more celeb moms!