File this under gross.

On part two of the "Real Housewives of Orange County" reunion, Vicki Gunvalson's daughter Briana made an appearance to discuss why she never liked Vicki's now ex-boyfriend, Brooks Ayers ... and what she said about Ayers is pretty shocking.

Earlier in the evening, Vicki revealed that Brooks broke up with her after a weekend of fighting. But we can't believe the "Real Housewives" OG didn't call it quits years before ... when he tried to hit on her then-pregnant daughter.

"He hit on me when I was pregnant at your birthday party," Briana revealed. "And I told her that he did it, and she called me a liar and said that he would never want me."

"Briana called me after that and she felt so degraded and so humiliated," costar Tamra Judge explained. "It was a big deal to her. It hurt her so bad."

"I know that's not something you would normally say if he wasn't in your life," the 28-year-old said to Gunvalson. "But he ... he consumes her. He tells her what to think, what to say, what to say to me!"

Host Andy Cohen then asked the 53-year-old if she believed her daughter now, to which she said she said that she did. But Andy took it one step further, asking the reality star why that incident didn't end their relationship back then. 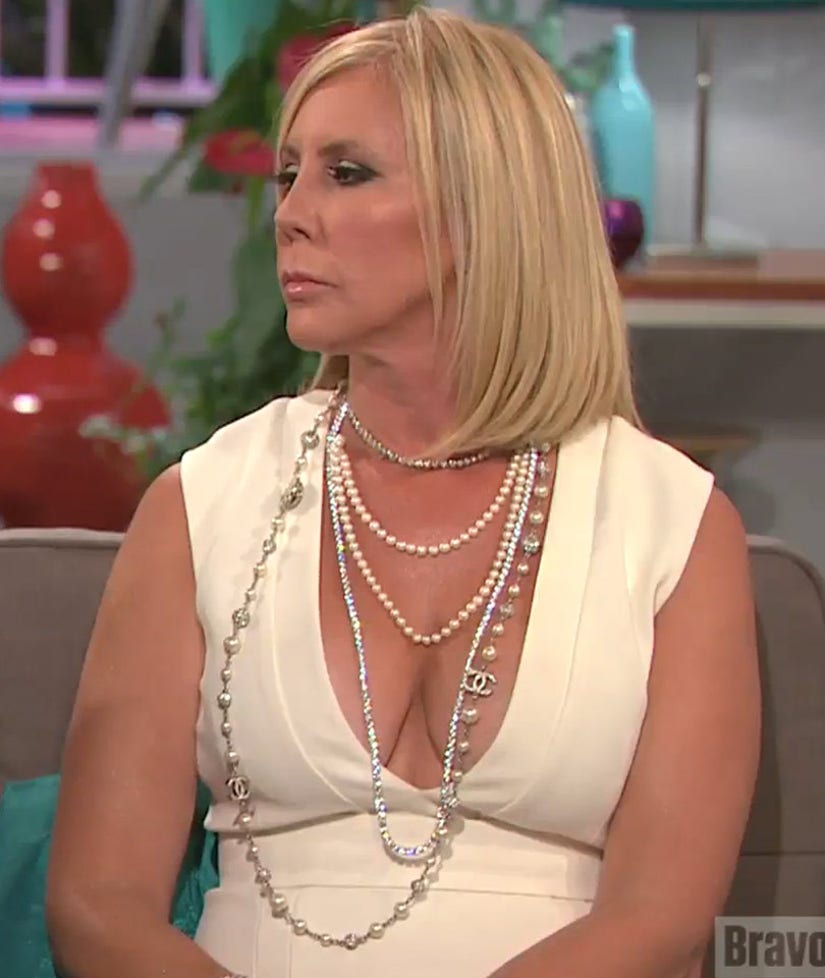 "That seems like reason enough to dump him," Andy confessed. "It does, doesn't it?" Vicki agreed. "I didn't want to believe it was even true," Vicki explained.

But that wasn't the only inappropriate thing Brooks said to Briana -- he also boasted to Gunvalson's daughter about being well-endowed.

"He wanted to show you his d**k!" Tamra said to Briana. "Yeah, he told me it was really big," Briana elaborated. "That his nickname was 'Girth Brooks.'"

Ayers likewise opened up to E!News about Briana's statements after Monday's reunion special, denying her claims.

"It's a typical Briana move, creating a 'He said, She said' scenario that once again puts her mother in the middle of a no-win situation," Brooks told the site on Tuesday. "I'm glad that I no longer have to deal with this unnecessary drama. I categorically deny having said anything like that to Briana."

What do you think about Briana's shocking revelations and Brooks' statements? Sound off below and check out the gallery above to see more "Real Housewives" stars before the fame!