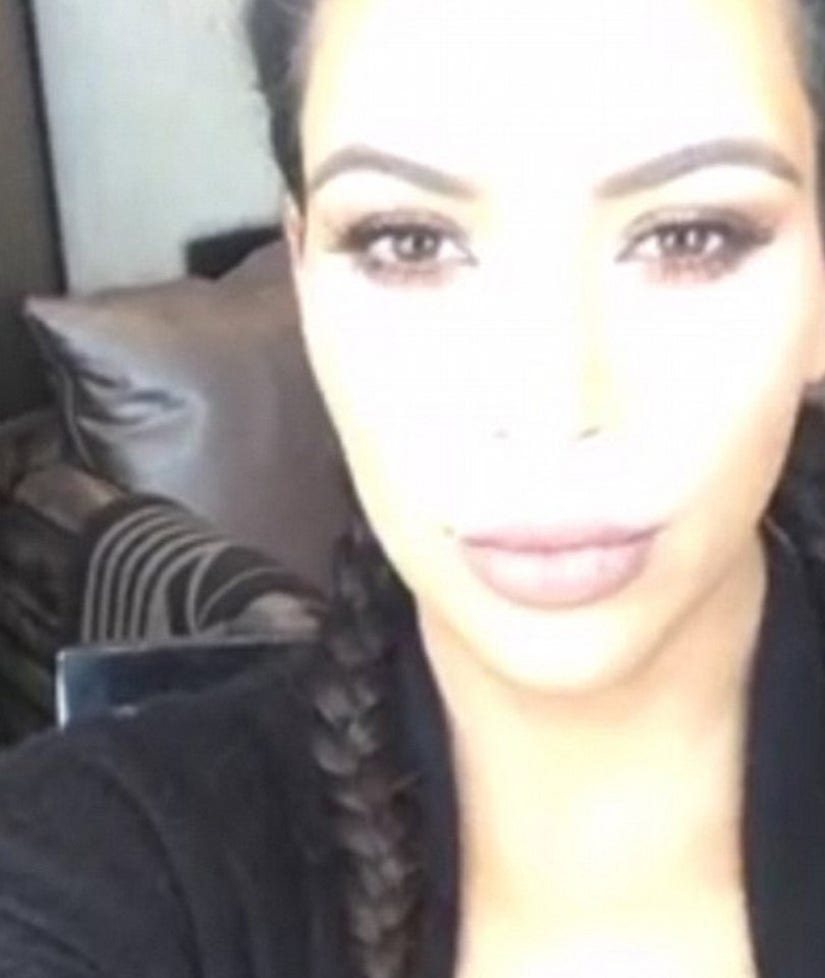 Kim Kardashian is back!

The 35-year-old, who's been actively posting throwbacks photos on her Instagram page, shared a live stream on her website and app Thursday, making her first official appearance since welcoming Saint West nearly two weeks ago.

The mom-of-two looked flawless in the four minute video with her hair in braids, wearing natural looking makeup. The reality star gave a peek at her post-baby bod in all-black and showed off some major cleavage, which she couldn't help but talk about on camera.

"My boobs look enormous—which they are," she joked about her assets.

The reality star also updated fans on what she's been doing at home since welcoming her son, and it sounds like Kim has been enjoying some much needed rest and relaxation. 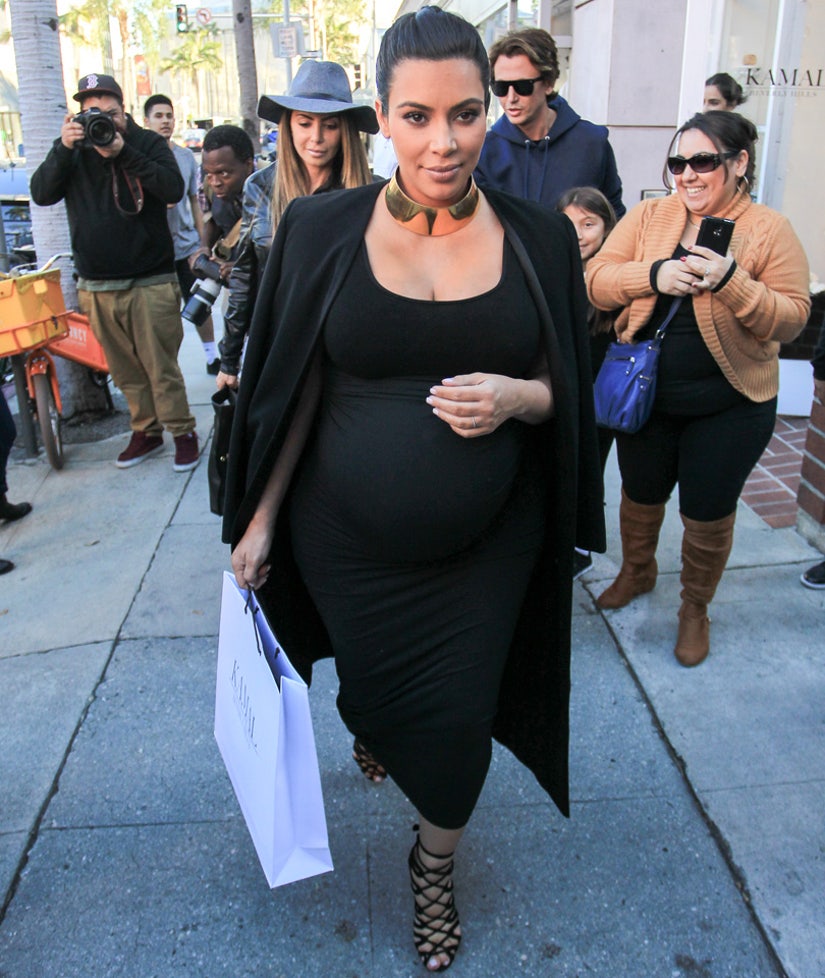 "I have just been chilling at home with the baby and being cozy in robes ... I decided to put makeup on," she dished. "I have been loving life, just staying home and not going anywhere."

And while the "Keeping Up With The Kardashian" star might be taking it easy for now, she revealed to her fans that she's ready to get her pre-baby body back!

"I am so excited, I'm going to show you guys my weight-loss journey on here," she dished.

Earlier this week, Kanye West's other half revealed that she gained 60 pounds during her pregnancy but had already dropped 17 since giving birth!

How amazing does Kim look? Sound off below then click "Launch Gallery" for more of her best photos!