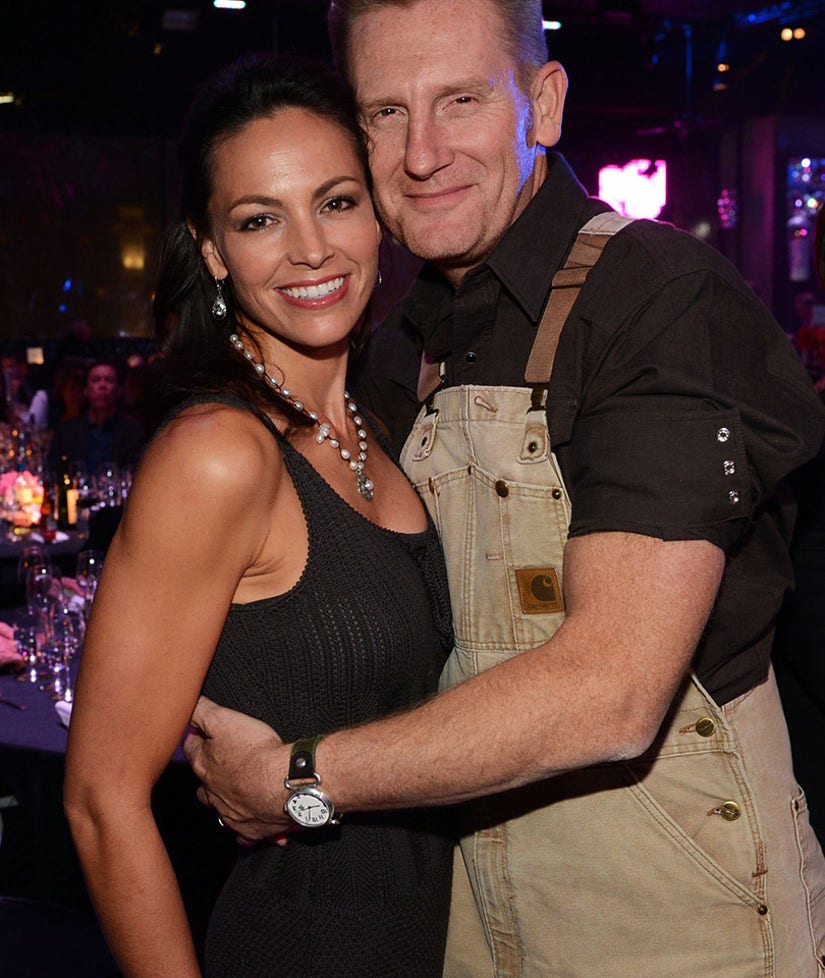 "My wife's greatest dream came true today. She is in Heaven"

Rory Feek just confirmed his wife, country singer Joey Feek, has passed away after a battle with cervical cancer. She was 40.

"The cancer is gone, the pain has ceased and all her tears are dry," Rory posted moments ago on his This Life I Live blog. "Joey is in the arms of her beloved brother Justin and using her pretty voice to sing for her savior."

"At 2:30 this afternoon, as we were gathered around her, holding hands and praying.. my precious bride breathed her last. And a moment later took her first breath on the other side," he continued.

Rory has been chronicling his wife's brave fight since she was diagnosed with cancer in June 2014. While she initially appeared to have made a full recovery after treatment, the cancer returned. Joey opted against further treatment after chemotherapy was ineffective.

The two, who were married in 2002, share 20-month old daughter Indiana. Joey also has two children from a previous relationship.

"Though this is, and has been, a time of many tears of sorrow, it has also been a time of countless tears of joy," Rory continued in his blog. "When a person has been through as much pain and struggle as Joey's been through, you just want it to be over. You want them to not have to hurt anymore, more that you want them to stay with you. And so, it makes the hard job of saying goodbye just a little easier."

While adding that he can't imagine going back home to Tennessee without his wife, the post ends on an optimistic note.

"[Home] is where she wants us to be. It's where she will be… She's gonna be in the mint growing beside our back deck, the sweet-corn frozen in our freezer and a million other places that her hand and heart has touched around our little farmhouse and community," he writes. "Joey will still be with us. Everywhere."