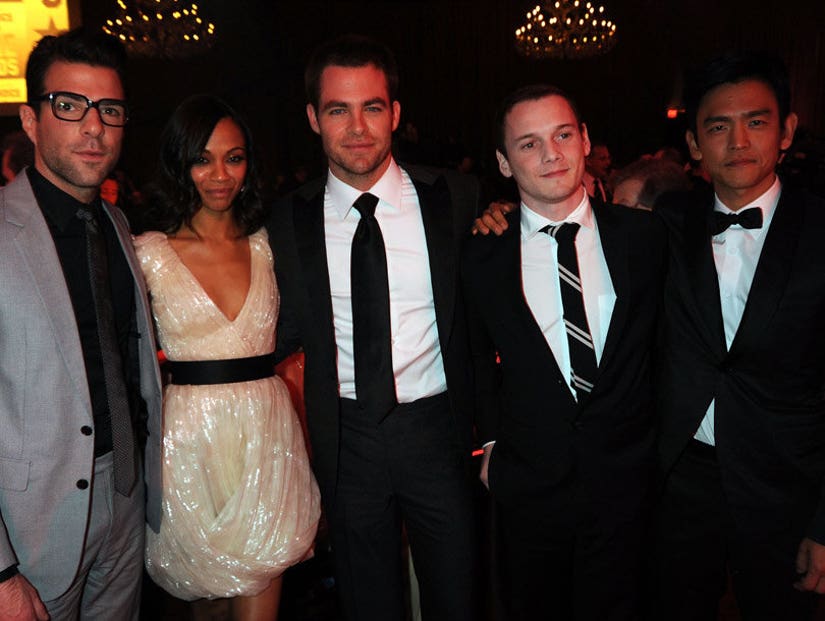 The "Star Trek" family is still in mourning following the death of one of their own.

Zoe Saldana took to Instagram today to honor her late co-star, Anton Yelchin, who passed away at the age of 27 following a freak car accident last weekend.

"Your sudden and unexpected departure has left us all broken hearted," she captioned a photo of the young star's face. "I woke up today feeling absolute gratitude that I had you as a friend and colleague."

Yelchin played Chekov alongside Saldana's Uhura in three "Star Trek" films, including the upcoming "Star Trek Beyond," which is still slated for release next month.

"Your life has been cut short, but I will always tell everyone about you," Zoe continues. "You were kind, present, old souled, curious, brilliant, funny, humble, honest, and undeniably talent[ed]. Good bye Anton, it was an honor to have crossed paths with you."

Zoe also posted another tribute to him on Monday, writing, "Devastated by our friend's loss. We are mourning his passing and celebrating the beautiful spirit that he was. #RIPAnton."

Since his shocking death, co-stars, friends and coworkers have shared their condolences, including Zachary Quinto, Karl Urban, J.J. Abrams, Olivia Wilde and more. Click here to see all their tributes.