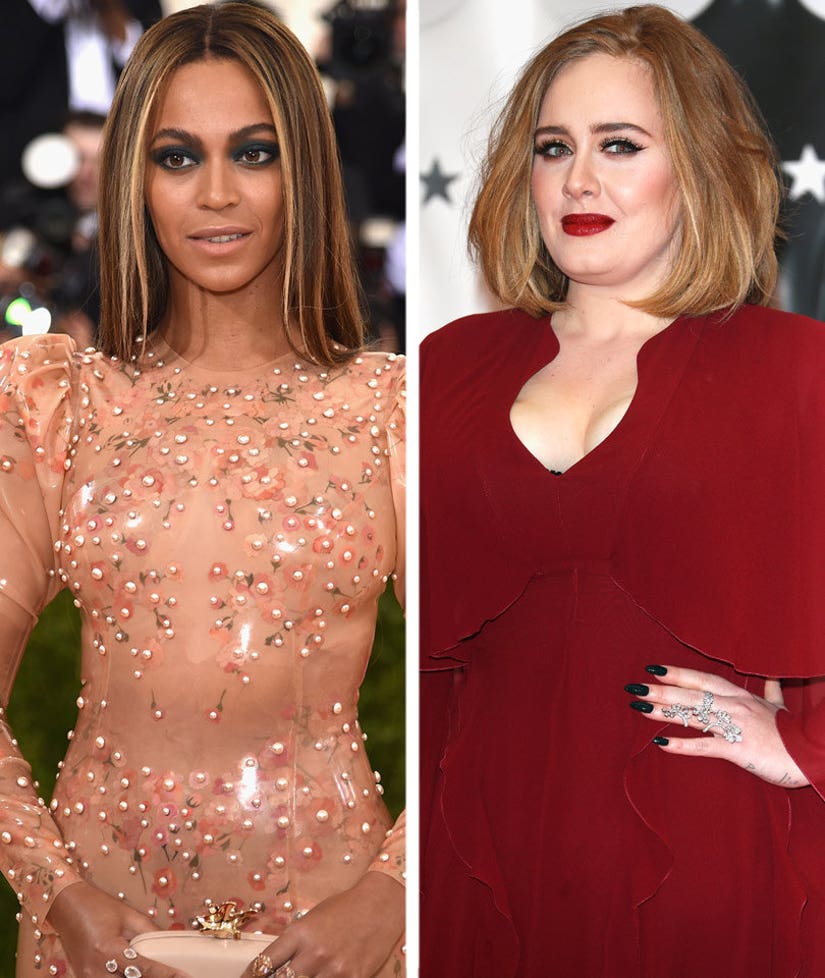 The nominations for the 2016 MTV Video Music Awards were just announced via Facebook Live - and Beyonce is leading the pack this year with a whopping 11 nods for "Lemonade."

Adele, Ariana Grande and Drake are trailing behind the singer with eight, five and four nominations of their own, respectively. Queen Bey, Adele and Drake will take on Justin Bieber and Kanye West in the "Video of the Year" category, which was unveiled with a larger-than-life street mural.

The biggest snub from this year's list is Taylor Swift, who didn't receive any accolades after receiving 10 nominations for "Bad Blood" last year. The six-time VMA winner released three music videos — "Wildest Dreams," "Out of the Woods" and "New Romantics" — this past year from her latest album, "1989," but she didn't get any love.

Coincidentally, Kanye's "Famous" video -- which features her nude likeness and those much-discussed lyrics -- is up for the top prize. Maybe Taylor will present him his trophy and troll us all!

Ariana Grande, "Into You"

The Weeknd, "Can't Feel My Face"

Ariana Grande, "Into You"

All Time Low, "Missing You"

Coldplay, "Adventure Of A Lifetime"

Panic! At The Disco, "Victorious"

Calvin Harris & Disciples, "How Deep Is Your Love"

Mike Posner, "I Took A Pill In Ibiza"

The Chainsmokers feat. Daya, "Don't Let Me Down"

Florence + The Machine, The Odyssey

Missy Elliott feat. Pharrell, "WTF (Where They From)" (Hi-Hat)

Tame Impala, "The Less I Know The Better" (Canada)

Ariana Grande, "Into You" (Paul Laufer)

Adele, "Send My Love (To Your New Lover)" (Sam Sneade)