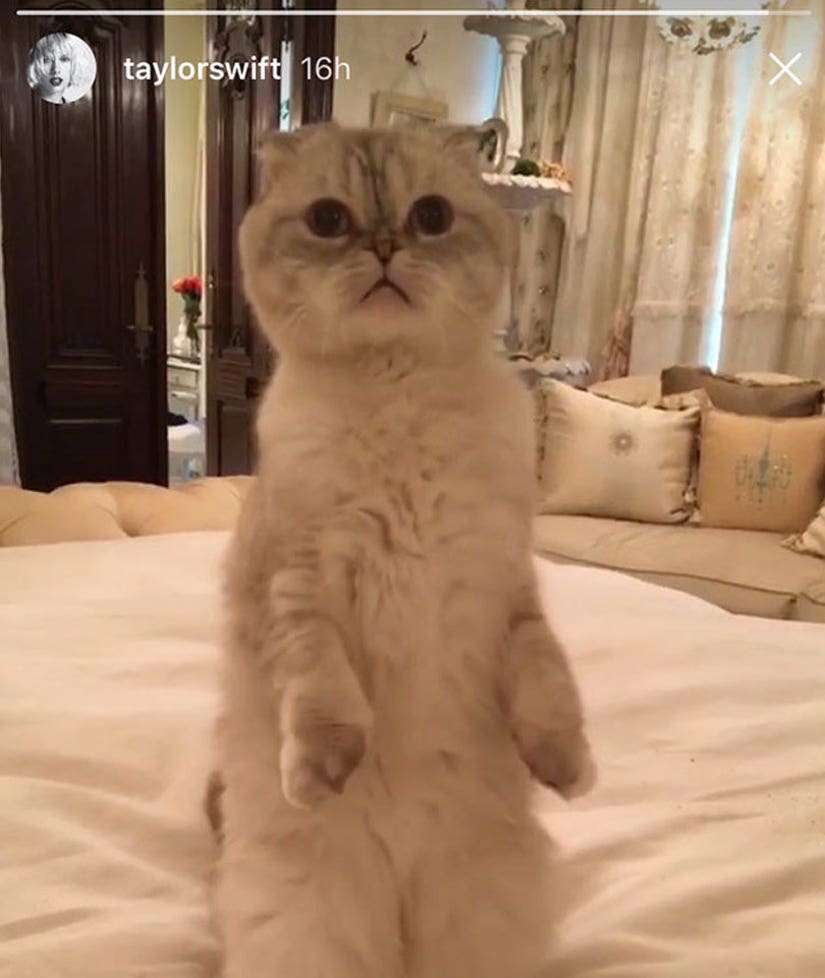 Looks like when the cat's got Taylor Swift's tongue, she reacts with, what else? A cat video.

Yep, ever since Kim Kardashian leaked a video that appeared to prove the "Bad Blood" singer was indeed aware of Kanye West's "Famous" lyrics before the rapper's "The Life of Pablo Album" dropped, Swift has been uncharacteristically silent on her social media feeds.

Save her initial reaction post about the leak and an Instagram post celebrating bestie Selena Gomez's birthday, the 26-year-old had pretty much abandoned her social media feeds—until now.

On Tuesday, Tay Tay made a triumphant return to the Insta-verse to share a video of her cat, Olivia Benson.

"What's going on? You feeling less like a cat and more like a squirrel today? Yep." - Olivia on #InstagramStories! pic.twitter.com/7hk8FleQpr

"What's going on?" Swift is heard asking her feline friend in the video. "You feeling less like a cat and more like a squirrel today? Yep. - Olivia on #InstagramStories!"

Since Instagram stories disappear after 24 hours, it seems Swift is taking it slow when it comes to her social media return.

Her post follows Justin Beiber's recent Instagram post of a FaceTime sesh Kanye captioned "Taylor swift what up." Guess we know whose side the Biebs is on!

Swift, of course, did not respond to Bieber's post either.