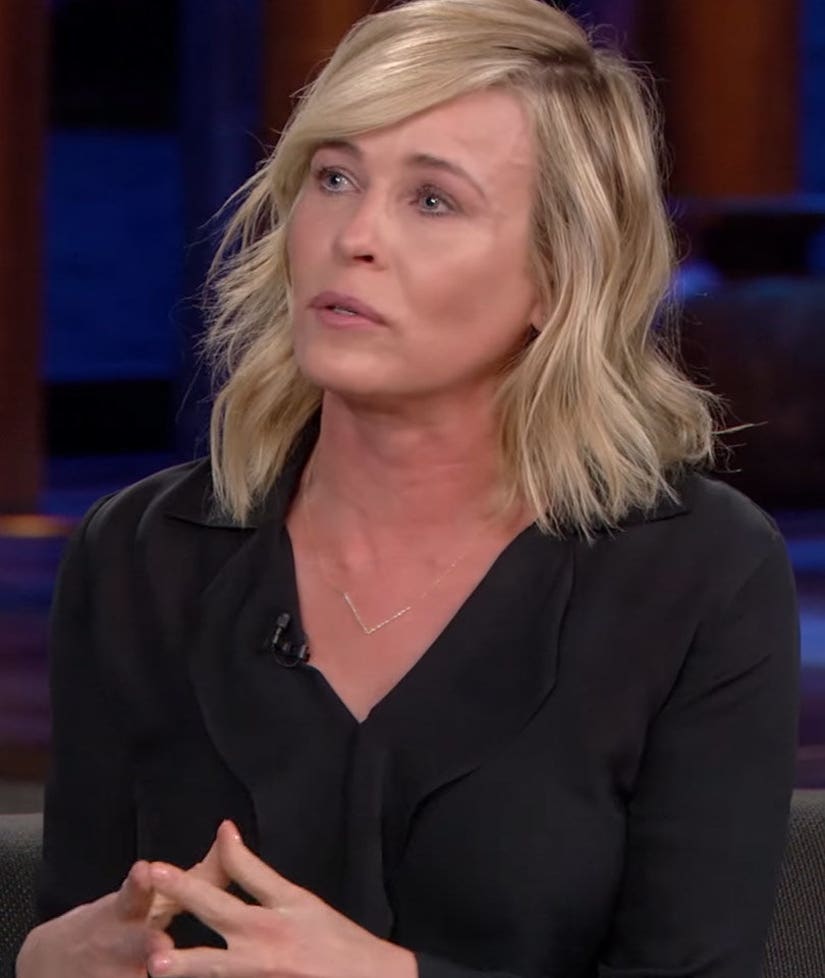 Chelsea Handler couldn't hold back her tears on her Netflix talk show, as she got visibly emotional while talking about Hillary Clinton's election loss.

In a preview clip from Friday's new episode, where she talks politics with Senator Barbara Boxer after Donald Trump's victory, the host wore her heart on her sleeve.

At one point, Handler asks Boxer if she's spoken to Clinton yet about the results. "I have too much to say, I want to think about it," she says, her voice shaking as she reveals they haven't talked just yet.

It's here where Handler addresses her female viewers, tears in her eyes as she speaks. (Head to the 8:40 mark to see her emotional moment.)

"As a woman, it feels so sexist. The message I want to spread out to other women is not to give up. Sorry, I hate f---ing crying on camera" Handler says, starting to well up. "It's so important. It's easy to say that I'm gonna leave or I'm gonna move to Spain because I want o move to Spain. I really want to move to Spain right now, but everyone in my office is like, 'You have a responsibility, you have a voice and you need to use it and you have to be here.'"

She goes on to blast Trump for the language he used throughout the campaign trail and his "lying on camera," citing both as things that should "disqualify someone from being a candidate."

Handler also took to her Instagram page earlier today to reiterate why she's not fleeing the country, adding that she's staying put to "to keep fighting for Hillary Clinton, in honor of Hillary Clinton."