Billie Lourd may have been born into a showbiz family, but her late grandmother Debbie Reynolds actually didn't want to her to be an actress.

The "Scream Queens" star appeared on "Late Night with Seth Meyers" earlier this month, where she shared a very sweet story about Reynolds.

"She gets upset when I get called Carrie Fisher's daughter," she told Meyers during an interview that aired Dec. 13.

"She wants people to call me Debbie Reynolds' granddaughter, it's very offensive to her," she joked.

Billie shared a story of when Reynolds showed her diary entries she had written as a working actress.

"So when I first started acting -- everyone in my family didn't want me to act, it was like I'm really rebelling doing this -- and she called me to her house and she has this binder of these diaries she had written when she first started doing 'Singin' In The Rain," Lourd explained. 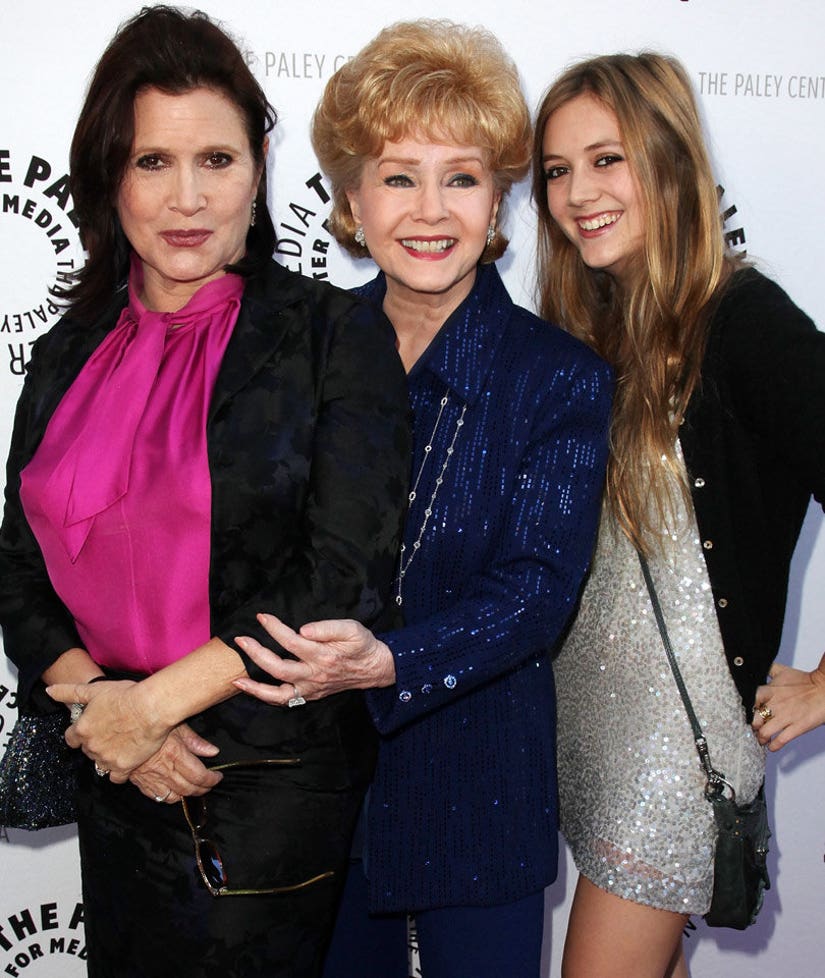 "She sat me down on her couch and said, 'I need you to read these dear,' in her '50s actress voice and I started reading them to myself and she said 'No dear, please read them out loud.' And I started reading them -- and they're all in second person -- and they are somewhere along the lines of, 'You're sitting in the makeup chair, it's five in the morning. They've pulled out all of your eyebrows and you have no eyelashes left. Your hair is a shell of itself and all you wanted to be was a gym teacher,'" she hilariously recalled.

Clearly, it sounds like Reynolds just wanted to make sure her granddaughter was equipped for the highs and lows of Hollywood.

"So I read this out loud and I kind of looked at her, like 'Oh okay.' And she looked at me so earnestly with her hands crossed in her lap and was like 'Are you sure you still want to be an actress, dear?'"

But Lourd said she told her grandmother that she still wanted to be an actress.

Later in the segment, Billie revealed that Reynolds was a huge fan of fur and believed that Old Hollywood glamour was missing from the industry.

Reynolds died Wednesday after suffering a stroke, just one day after her daughter Carrie Fisher died from a heart attack. She was 84.

The "Singin' in the Rain" actress will be missed. See Reynolds' friends, fans, and costars' reactions to her passing here.