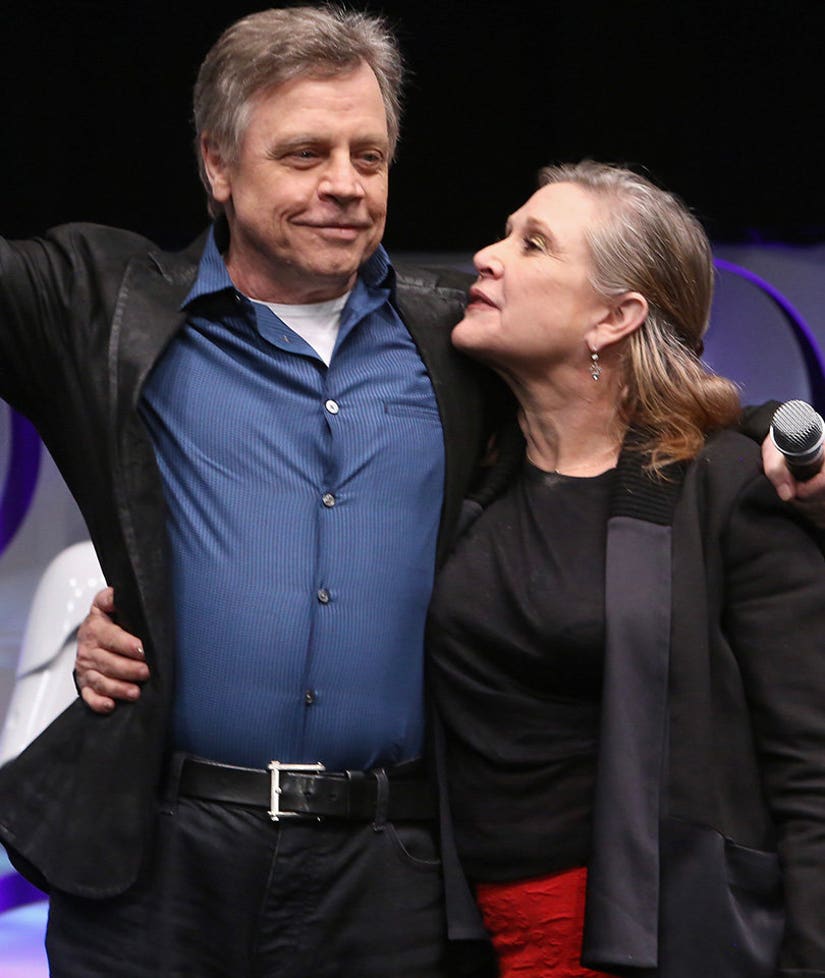 Mark Hamill reluctantly opened up Friday about the double loss his "Star Wars" co-star Carrie Fisher and her mother, "Singin' in the Rain" star Debbie Reynolds.

"I felt like I didn't want to do this, that it was too soon to talk about Carrie, and then came the double-whammy of Debbie Reynolds going as well. It's just unimaginable," Hamill told EW.

Hamill described the unique relationship between the "Star Wars cast.

"It was special. We were in the garage band that hit it big and had all these hit albums. Then we split up and went on our merry way," he said, referencing the massive success of the movie franchise.

"I'm still trying to process this," Hamill said. "I can't think of [Fisher] in the past tense. I think of her in the present tense, in the future tense. It is still so raw. I feel so devastated; I can't imagine what Carrie's daughter Billie or her brother Todd or anybody who is that close to them is going through."

Hamill said he's more angry than anything else. "I think that if I talk about her, maybe fans will not give in to despair," he reasoned, "but I feel like a real hypocrite because I'm not okay with it at all. I'm angry and so sad. In a way, if we can all work through it together, we'll all be better off."

Of Reynolds, Hamill said: "They were both really mothering types, both opinionated and determined. Carrie's mom was like everybody's mom. If you were in her house, Debbie was your mother. She gave you advice, and fixed your collar, and said, 'Why did you wear a brown belt with black shoes?' "

"In many ways, Debbie was the optimist. She has a spring in her step and is really upbeat and has all the qualities you associate with her, and Carrie would be shuffling around in a bathrobe and slippers muttering under her breath. So cynical!," Hamill said. "It was a real Felix-and-Oscar disparity between their personalities, and yet in many, many ways they were alike. She was fiercely protective of her mother and her mother's legacy."

As TooFab reported, Fisher passed away at the age of 60 on Dec. 27 after going into heart failure on a London-Los Angeles flight on Dec. 23. Fisher never regained consciousness. Reynolds died just over 24 hours later at the age of 84 after suffering a stroke at her son's home.

Fisher leaves behind a daughter, 24-year-old "Scream Queens" actress Billie Lourd, and Reynolds a son, 58-year-old Todd Fisher, both of whom reside in Los Angeles.