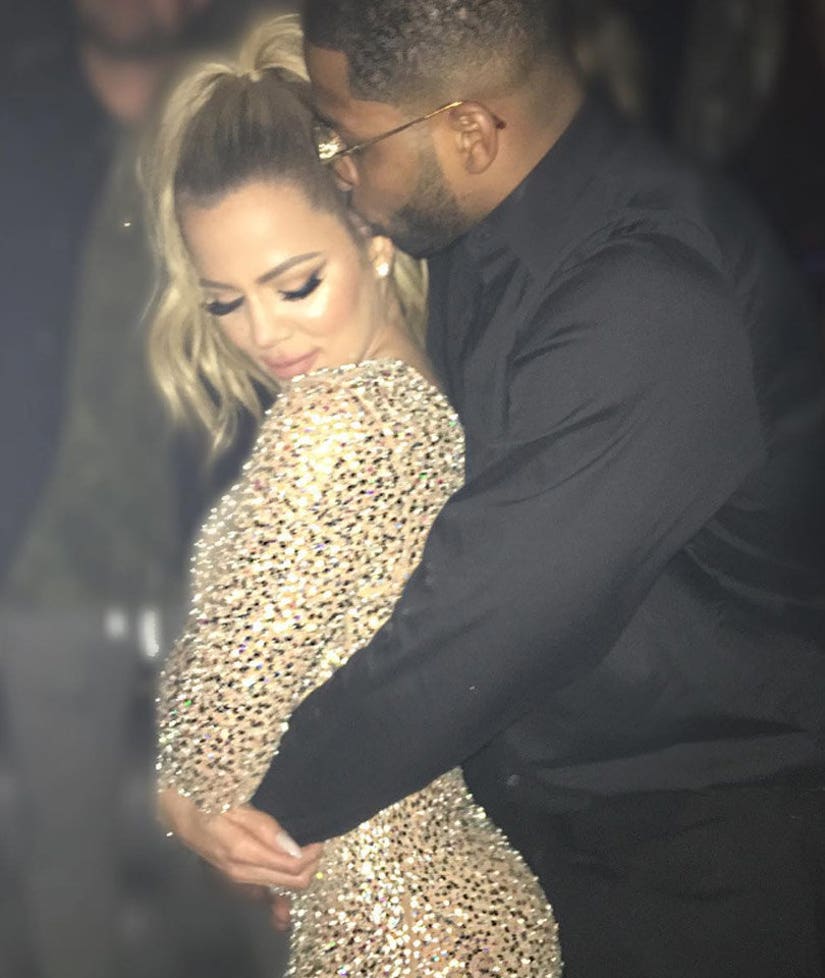 Despite dealing with what she calls "so much tough s--t" in 2016, Khloe Kardashian expressed her optimism for the new year.

Khloe's the first to admit 2016 wasn't exactly kind to her family. Not only did she finalize her divorce from ex Lamar Odom, but sister Kim Kardashian was robbed at gunpoint in France, the girls battled with brother Rob and Blac Chyna and brother-in-law Kanye West was hospitalized.

As Khloe embarks on new relationship with Tristan Thompson, she shared her positive outlook for 2017 in a message posted Wednesday to her fans on her app.

At this moment, a few days into 2017, I feel incredibly clear and probably the happiest I've been in years. It's such a great feeling that I have my happy back! It's from a genuine place and the most peaceful place I've been in for longer than I can even remember. I think maintaining this peace and happiness is my biggest goal for the new year.

Recently, I've pulled away a little. So much tough s--t has gone down in my family over the past year that I've removed myself from social media a bit more and focused on what's important in my life.

I think when you're in love you definitely feel happy and healthy too. I like that my relationship is very normal and doesn't need to be so publicized all the time. People aren't wrong for putting all of their personal business out there, but I've learned from my mistakes and don't need to do that anymore.

I want to be in my moment a little more going forward. I still want to share my life with people, because I have such amazing fans that I love connecting with through my app and social media. I think being able to share my life in a way, while still keeping so many great memories for myself, is a sign of maturity and evolution.

So going into 2017, I wish you all a happy, peaceful year and hope that you live your life the way you want to!

Kardashian also shared her wish for sister Kim, who she said is "in a much better place" following the events of the last few months.

"I think with everything that has happened in Kim's life this year, she really had to redefine her priorities," wrote Khloe. "Time does heal and I think she's in a much better place now. So I just want her to focus on her family and her own happiness this year."

She wished good vibes on brother Rob as well, as he enters his first year as a father to daughter Dream.

"I hope for Rob to put his energy into being a good dad," said Khloe. "I want him to be able to block out the extra noise and focus on himself and what truly matters in life."