Shannen Doherty is keeping her chin up.

The "Beverly Hills, 90210" alum posted a new video on Instagram of her showing off some dance moves after undergoing radiation therapy for her breast cancer.

In the clip, the actress waves her arms and shakes her hips despite being extremely tired from her treatments.

"Radiation is tiring. It builds up within you and sometimes one just struggles to keep their eyes open. You can see how tired I am here but I'm still moving!!" she wrote with the clip. "Any movement is so good during treatment, not just for the body, but for your mind as well. #cancerslayer @jammalibu @themamarosa."

Doherty followed up a sweet video with a photo of her getting ready for her "life saving" radiation machine that she's named "Maggie." 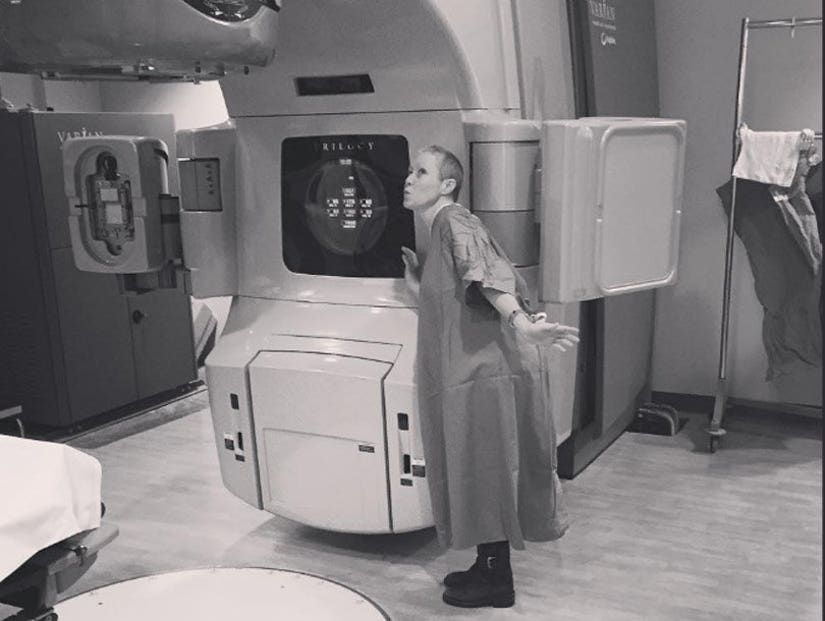 "This is Maggie. I've seen Maggie five days a week for what seems like forever," she wrote with the photo. "We have a love hate relationship. I love her because she's part of the life saving treatment I'm receiving. It's astounding how far we have come with technology."

"One day, Maggie will be retired and the cure will be found," she said. "Things like immunotherapy are the future but for now.... it's me and Maggie. I'm seeing her twice tomorrow so that I can wrap this phase up faster. Goodnight sweet Maggie. See ya tomorrow. #cancerslayer."

The 45-year-old "Charmed" actress likewise tweeted that she's planning to knock out her radiation treatments this week.

Meanwhile..... gonna do a double up day of radiation so I get completely finished this week!!

Shannen revealed in August 2015 that she was diagnosed with breast cancer. The actress has been documenting her battle with the disease on social media.