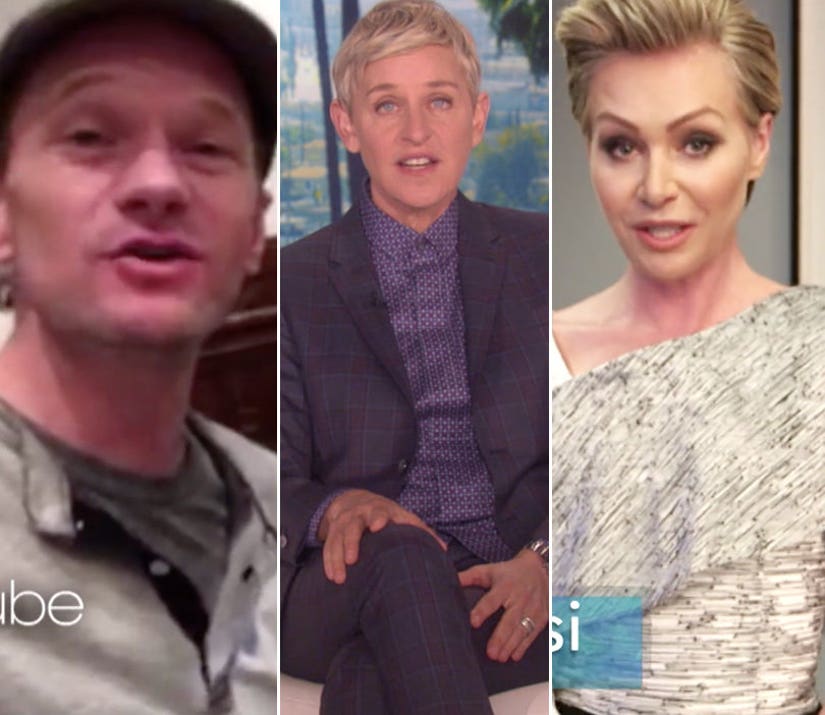 There's a new president in town, but Ellen DeGeneres wanted to thank the outgoing POTUS one last time with a touching tribute from her famous LGBT friends.

"8 years ago it would have been hard to believe that we could repeal Don't Ask, Don't Tell, pass the hate crimes act and legalize marriage equality all with one president, but yes we could and yes we did," she said in a video on her website today. "President Obama, we are so grateful for everything you've done in the name of equality, kindness and love."

From there, she shared a compilation of personal videos from gay, lesbian, bisexual and transgender celebrities and their straight allies, thanking Barack Obama for his support for the community.

"You presided over a period of time that turned out to be, in many ways, one of the most positive times ever in the lives of gay americans," said "Big Bang Theory" star Jim Parsons.

Neil Patrick Harris filmed his video around the dinner table with his husband and their precocious twins. "We just wanted to join everyone that's already spoken by saying thank you so much to our president for allowing us the ability to have crazy children who do stuff like this," he said as son Gideon got rowdy in the background.

Lance Bass, Jesse Tyler Ferguson and Ellen's own wife, Portia de Rossi, all thanked Obama for making it possible for them to get married.

"Thank you President Obama, because of you, I got to marry the girl of my dreams," said de Rossi.

But it's Lily Tomlin who put it best: "Too bad aliens didn't come during your presidency, we would have been so proud to take them to our leader."

Watch the tribute below: