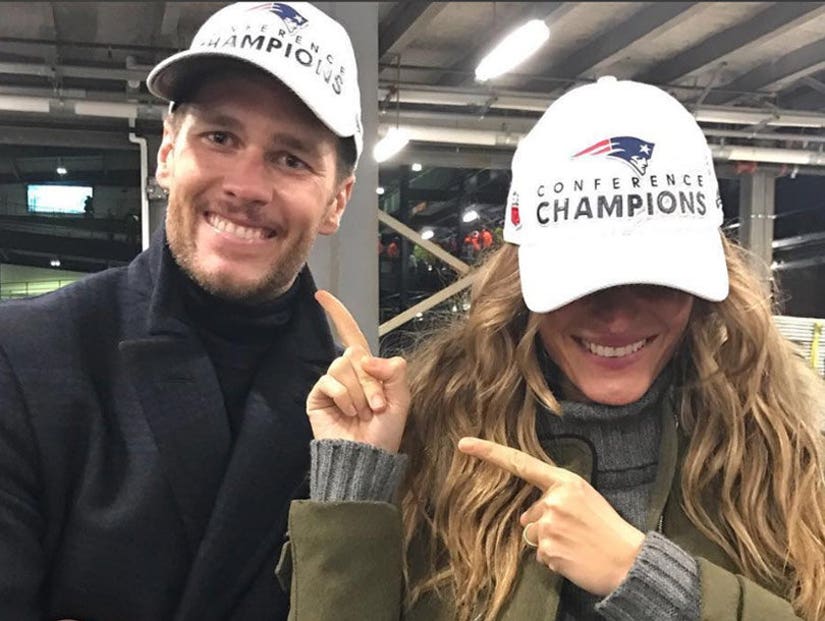 Gisele Bundchen celebrated her husband Tom Brady's AFC Championship win over the Pittsburg Steelers through a series of live tweets during last night's game. Congrats were in order as Brady threw a record high 384 yards for the Patriots, his postseason career best as well as a franchise record.

Gisele, 36, was joined by her son Benjamin as they cheered Tom on from the stadium.

After the game, the model posted a sweet message to her Instagram congratulating her hubby as they both donned Patriots AFC Championship hats.

"Congratulations my love! @tombrady #gopats," she captioned the photo.

Bundchen wasn't the only celebrity who took to twitter to share Patriots praise. A slew of stars gave their own shout-out to the superstar quarterback.

"American Idol" alum Jordin Sparks said, "Congrats to the Patriots! What a machine! I mean, is anyone really surprised by this? #PITvsNE #AFCChampionship"

And Eli Roth simply posted a picture of Brady highlighting his 384 yards with caption "The Greatest."

Brady and the Patriots will make their seventh appearance in the Super Bowl LI against the Atlanta Falcons on February 5th.