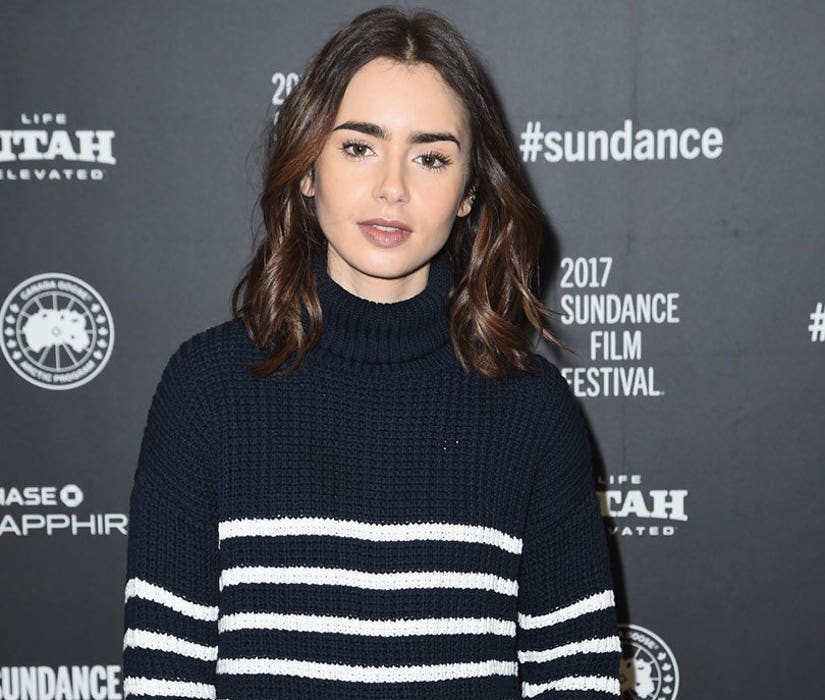 Lily Collins just revealed a huge similarity between herself and the character she plays in "To The Bone": they both suffered from an eating disorder.

"This was definitely a more dramatic role for me," the actress revealed at the Sundance Film Festival, "I suffered with eating disorders when I was a teenager as well."

Collins apparently started to write a book last year about her own battle when she received the script for the film.

"It was like the universe kind of putting these things in my sphere to help me face, kind of dead on, a fear that I used to have and a way to explain it as someone who's gone through it and to open up a topic that is considered quite taboo with young people nowadays, male, female, and to really start a conversation," she explained.

While the "Mirror Mirror" actress had to lose weight for the film, she did it with the help of a nutritionist to ensure she remained healthy.

"It caused me to have to emotionally go there, but in a way that was the most safe, healthy way possible with a nutritionist, and really to physically go there but also emotionally and it did require a different set of emotional skills, to kind of go back in time for me, with you know, my experiences," she added.

After her confession, Collins posted a thank you note to her fans on Instagram for the support.

"Chilled to the bone but feeling so free, What a huge moment this is for me. Owning my past, being open, and having no shame or regrets about my experiences," she captioned a celebratory photo. "Sharing my history with eating disorders and how personal this film has been is one of the most fulfilling experiences of my life. Thank you for all your love and support. I'm sending all of mine right back (especially today!) and remember, you are never ever alone #Unfiltered…"