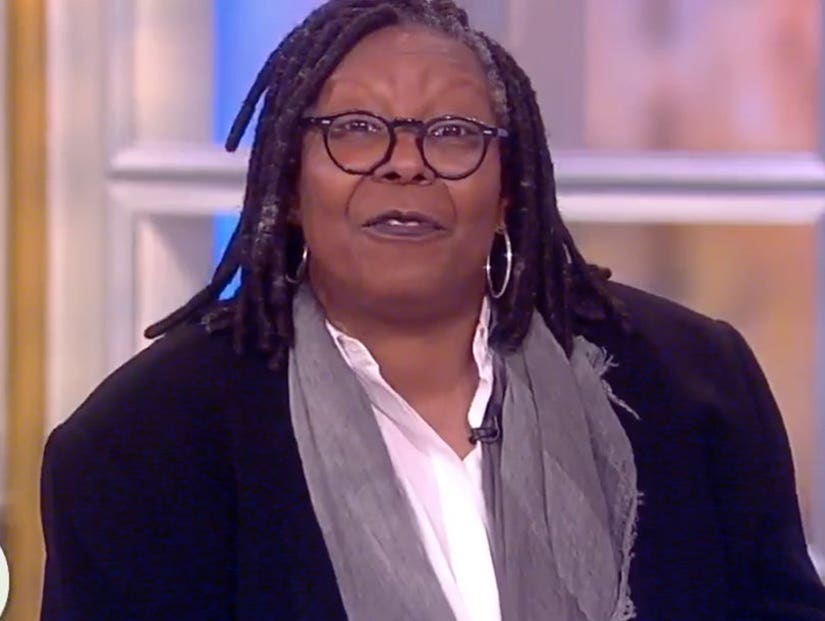 The women of "The View" were all fired up for their first day filming since the inauguration.

Much of Hot Topics on Monday focused on Donald Trump's first days in office, including the debate over how many people attended the inauguration, Saturday's Women's March and Kellyanne Conway's already-infamous phrase "alternative facts."

"She coined a new term for the times we're living in," Goldberg said at the top of the show. "She could not even say it with a straight face. I was raised that an 'Alternative fact' is not a fact. An alternative fact is a lie. Even people who are for him, this will erode their beliefs. They have ears and they're paying attention and this is not what they bargained for."

Conway coined the term while defending White House press secretary Sean Spicer's claims about the size of the crowd at Trump's inauguration ceremony.

Though she and Whoopi have argued over politics in the past, Jedediah Bila agreed with Goldberg, saying Donald's team is still in "campaign mode."

"They think they're talking to a small majority. You're everyone's president now and you also have freedom of the press that you have to respect," Bila explained. "When people look and say you lied about something so stupid like a crowd ... they could have come out and said, 'You know what, Barack Obama got better crowds than we did and hopefully we'll do great things with policy and we'll come through and people will have our backs.' "

"He's never gonna do that," Goldberg shot back.

"You can see she almost threw up in her mouth because she knows this not to be true," Sunny Hostin added of Conway. "Why are the people he's surrounding himself with unwilling to confront him and say 'I'm not going to do that, I'm not going to say that.'"

"This is a conversation for the Republicans as well. Pay attention," warned Whoopi. "You're selling your soul out for something and I don't think you realize the price that we're gonna pay."

Behar then comically added some "alternative facts" about herself, saying, "I used to be a runway model and I'm 25 years old ... Whoopi is actually Caucasian."

Goldberg later railed against Trump for not being a "gentleman" to wife Melania.

"To me, it's important to see a gentleman with his wife. That's your wife and you're trying to get us to embrace everything and you can't be courteous," she railed. "That's your wife."

"He grabs women by the genitals, you expect him to to a gentlemen? He's not," added Behar. "Watch President Obama and how he deals with his wife."

"If I want my son to be a gentleman, I want to see it from the top," Goldberg added. Joy's response: "Good luck."