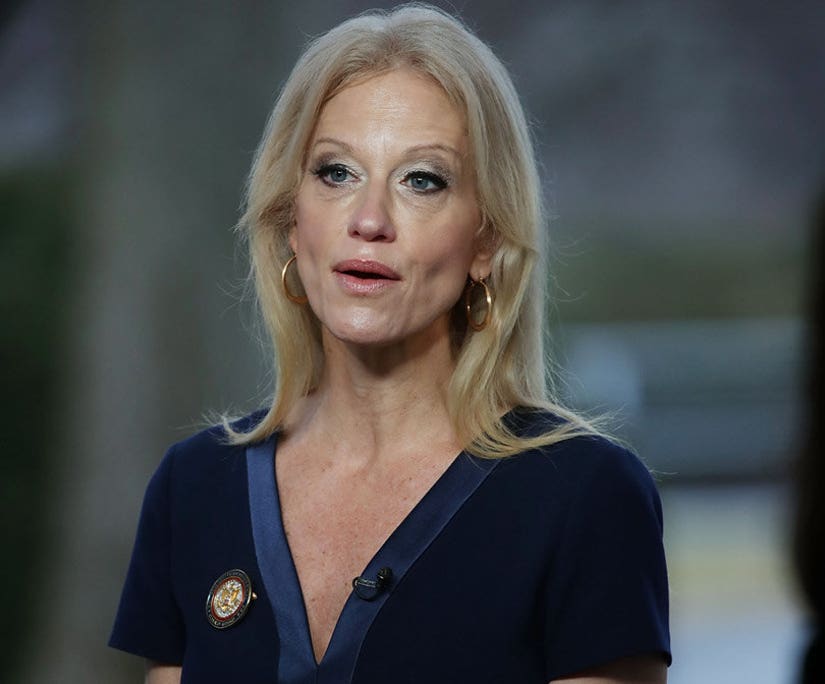 She's the gift that keeps on giving.

Video has surfaced of President Council Kellyanne Conway doing a stand-up bit from the 90s. The Trump representative took a jab at comedy at D.C's Funniest Celebrity Charity event where she (attempted) a few jokes.

Known as Kellyanne Fitzpatrick at the time, the video of her performance aired in 1998, while she was working at her own polling company. Conway manages to get a few chuckles from the crowd, but for the most part, her jokes are not a solid representation of comic relief.

Ironic that Conway was the jokester at one point, because she's been the butt of jokes this week after coining the term “Alternative Facts” on an episode of "Meet The Press."

Conway served as Trump's campaign manager from two and half months, noted as the first woman to run a winning presidential campaign. It was announced late in December that she would assume the role of Counselor to the President.

Stay tuned! If recent comments by Conway are any indication of her comedy skills, we're sure to be LOL-ing with her for the next four years.

Watch the full video below: