Trevor Noah's deconstruction of Donald Trump's first week as President of "The Messed Wing" ended with a "Daily Show" broadcast blackout that set the internet abuzz with conspiracy theories.

After citing Trump's tweets will likely end up in a presidential museum next to other historic documents like the Gettysburg Address and you know… The Constitution, Noah said Trump is running the country like a "bad business man."

During Tuesday night's episode, Noah expressed how baffled he was that Trump didn't seem to seek legal advice prior to issuing the executive orders.

“There were reports that before signing the executive order, Trump blew off any legal advice from the departments of Justice, State, Defense, or the National Security Council… or even Siri. Just ask Siri! I bet she would have said “You wanna do what? B*tch you crazy!”

“What kind of business would launch a new product without telling the rest of the company about it, without checking it with the lawyers?” “Or, most importantly, worrying about how it would affect their brand? What kind of company would do that?”

After noting that the man behind “You're Fired!” actually fired the Acting Attorney General Sally Yates on Monday, Noah concluded that though Trump may not be running the country like a business, he is running it like his business – flashing to an image of Trump's failed Atlantic City casino Trump Taj Mahal.

Shortly after Noah's monologue, Noah interviewed Executive Director of the ACLU, Anthony Romero, when the screen cut to black mid-interview.

The blackout seemed to affect millions of viewers, and Noah tweeted about what was going on.

What just happened? Was that just my TV?

Twitter user @AlexM7388 caught a video of the black-out.

Of course, many assumed it was all planned. Self-proclaimed conspiracy theorists on twitter stated that it was the government who controlled the blackout, citing that it was because they were discussing Trump and the Muslim ban.

It was later confirmed by Comedy Central that the blackout was just a glitch – and surely not government censorship.

OK. Just a broadcast glitch. It's not happening yet people. See you tomorrow good people!

Watch the clip above. 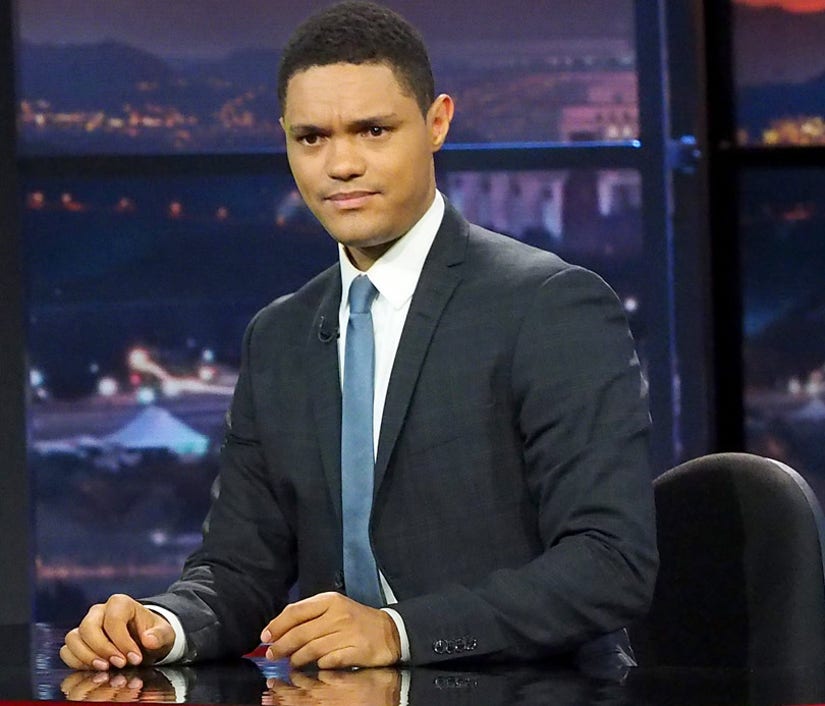