Judd Apatow confessed to Jimmy Fallon on Wednesday night's "Tonight Show" that his teenage daughters accuse him of of slut-shaming them.

Apatow said he repeatedly asks his 14-year-old daughter not to post bikini selfies on Instagram. But his advice seemingly falls on deaf ears.

"'So'?" she asked, as told by Apatow. "'People see me on the beach in my bathing suit, what's the big deal if they see it on Instagram?'" After Judd insisted that she remove the photo, she responded, "'You're slut-shaming me!'"

During the conversation, Apatow used a hilariously affected voice to describe his daughter's attitude toward the "slut-shaming." 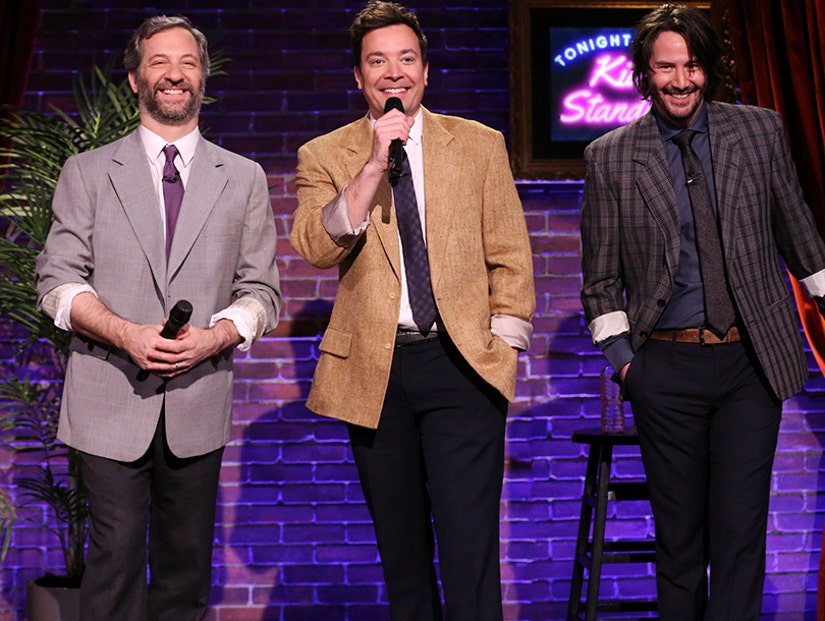 Later in the show, Apatow and Keanu Reeves both took a shot at stand-up comedy, and instead of using their own material, the guys were tasked with delivering jokes written by elementary school-aged kids.

"How many tickles does it take to make an octopus laugh?" Keanu joked. "Ten tickles."

Apatow's jokes were on par with that of his co-guest. "How do you make a moose float?" Judd asked. "Two scoops of ice cream, root beer and one moose."

Watch the stand-up skit in the video (below)