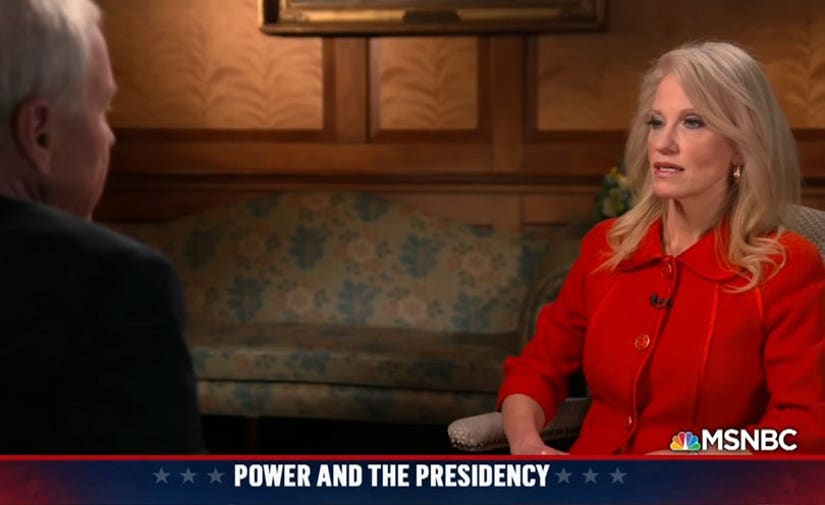 Kellyanne Conway is getting ripped online this morning after an interview she did last night, with Chelsea Clinton getting in on the action.

On Thursday, Conway sat down with Chris Matthews of MSNBC in discussion of all things President Trump, including his recent immigration ban. In the interview, Kelly referred to the "Bowling Green Massacre" to back her statement about the validity of an immigration ban.

"I bet it's brand new information to people that President Obama had a six-month ban on the Iraqi refugee program after two Iraqis came here to this country, were radicalized and they were the masterminds behind the Bowling Green massacre," Conway said. "Most people don't know that because it didn't get covered.”

The real reason most people don't know about Bowling Green though, is because no such attack ever happened.

Kellyanne is most likely referring to a case wherein two Iraqi refugees living in Bowling Green Kentucky were accused of sending both weapons and money to Al-Qaeda. Mohanad Shareef Hammadi and Waad Ramadan Alwan were not illegal, though. The men were cleared to live in the United States and no one was ever killed. The arrest of these men simply lead to a stricter vetting procedure, and even so, still allowed immigrants into the U.S.

Later Thursday evening, Conway posed links about "Bowling Green terrorists" on Twitter, to clear up what she was talking about:

As you can imagine, Twitter reactions to the "Bowling Green Massacre" were priceless, lead by one from Chelsea Clinton:

Very grateful no one seriously hurt in the Louvre attack ...or the (completely fake) Bowling Green Massacre. Please don't make up attacks.

Bosnia lie a Great reminder. And 2 @ChelseaClinton & others, you can't "invent" quality candidates either. I misspoke; you lost the election https://t.co/7TwnX2b5yA

There's only one director who could properly depict the relentless carnage of the Bowling Green Massacre and that's Mel Gibson.

Gonna hold a fundraiser for the victims of the Bowling Green Massacre. How does February 30th work for everyone?

Sad to see everyone politicizing the Bowling Green Massacre so soon after it failed to occur.

Guys, these Bowling Green Massacre jokes are a little too soon. Out of respect, we should wait until it takes place. #AltFacts

NBC reporter texted me at 632am re:a diff story; never asked what I meant on @Hardball b4 slamming me on @TODAYshow Not cool,not journalism

2/2: yet won't name him, attack him, get the base 2 descend upon him. Same with MLKJr bust fake story. It's called class, grace, deep breath