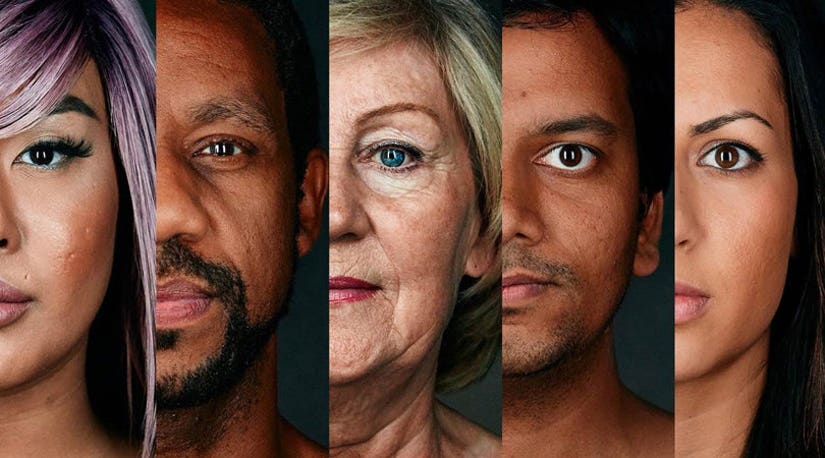 After Airbnb's remarkably touching Super Bowl commercial on Sunday prompting the hashtag #weaccept, the international housing company is doing more to offer and support free housing for those in need.

In a statement posted on the Airbnb website after the commercial aired, founders Brian Chesky, Joe Gebbia and Nathan Blecharczyk stated:

“We believe in the simple idea that no matter who you are, where you're from, who you love, or who you worship, you deserve to belong.”

“Today we're setting a goal to provide short-term housing over the next five years for 100,000 people in need. We'll start with refugees, disaster survivors, and relief workers, though we want to accommodate many more types of displaced people over time. To help people around the world facing displacement, we'll work with our community of hosts to find not just a place to stay, but also a place to feel connected, respected, and a part of a community again. In addition, Airbnb will contribute $4 million over the course of four years to the International Rescue Committee to support the most critical needs of displaced populations globally.”

“Because we really do believe that the world is a better, more beautiful place the more we accept each other.” 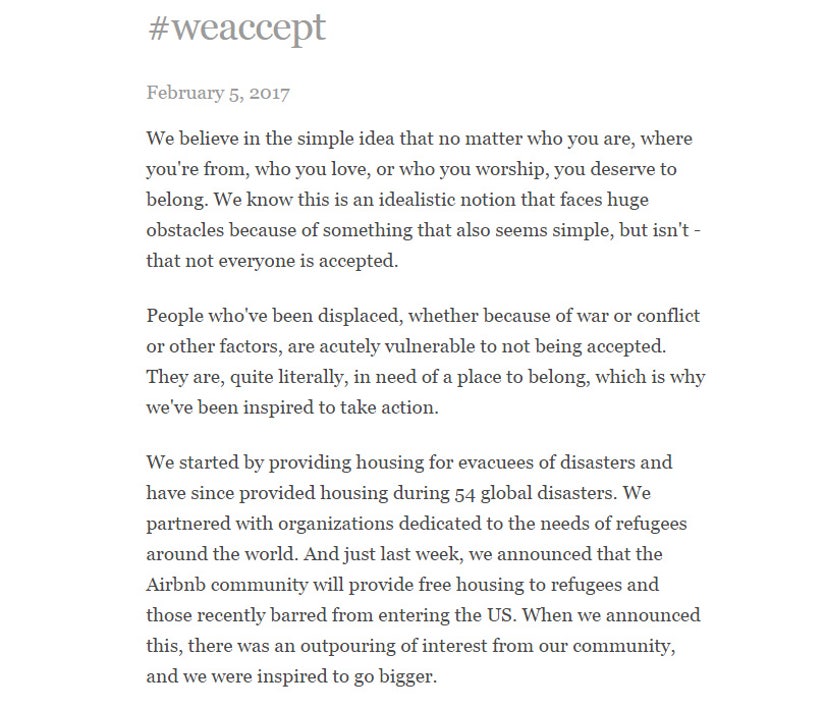 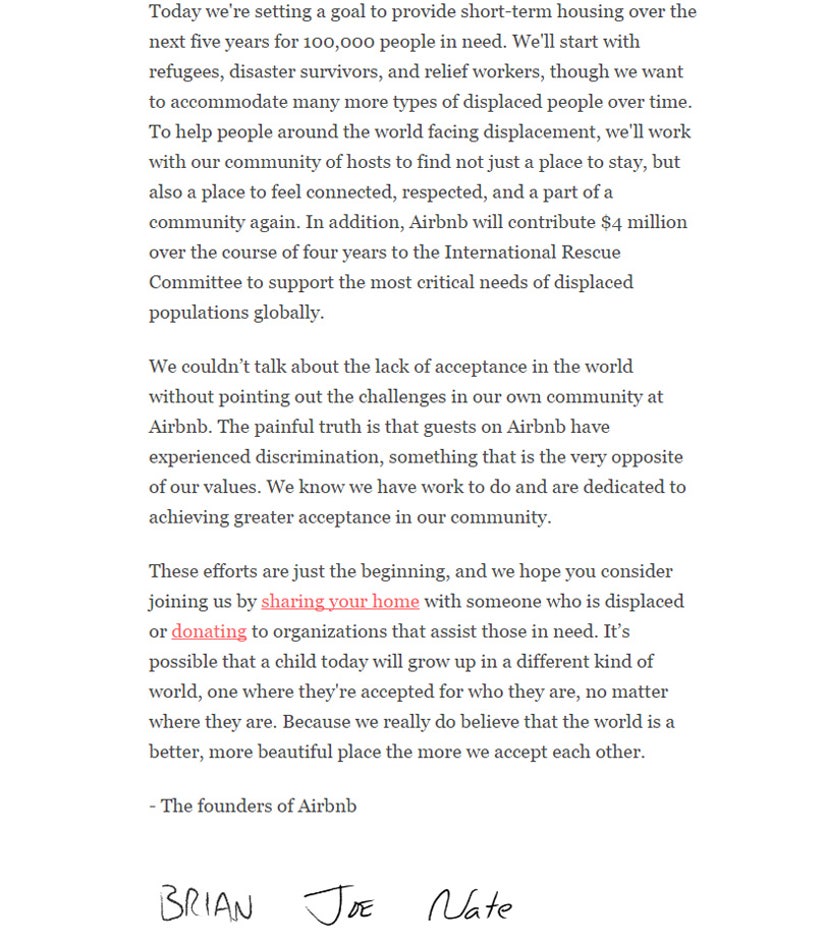 Airbnb hosts over 2 million units in over 219 countries, and extending their resources to refugees and survivors of natural disasters speaks exactly to the message relayed in their commercial – promising uniting people everywhere regardless of age, gender, nationality or religion.

Chesky explained on Twitter that over the next four years, the company would contribute $4 million in support of those who are displaced.

Airbnb's goal is to provide short term housing over the next five years for 100,000 people in need #weaccept

The campaign sparked positive remarks on twitter, celebrities and followers thrilled with the efforts by Airbnb in promoting acceptance:

Heartened to see people and companies standing with those doing so much good for those most in need -- leadership that's needed! #WeAccept https://t.co/Nk15igKZsJ

So proud of @Airbnb for planning to provide housing to 100,000 people in need in the next 5 years. Thanks for your leadership. #weaccept

Thank you for the love guys. We truly believe the world is a better place together. #weaccept @airbnb pic.twitter.com/cUrsvx6USL

"The world is more beautiful the more you accept" Thank you @Airbnb Promoting more than a brand. #LouAdBowl

This isn't Airbnb's first time speaking publicly about where they stand in regards to immigration, and more specifically, the immigration ban implemented by President Trump. Last weekend, Chesky took to twitter to share that Airbnb was offering free housing for refugees stuck at airports nationwide.

Airbnb is providing free housing to refugees and anyone not allowed in the US. Stayed tuned for more, contact me if urgent need for housing

Watch the commercial below: