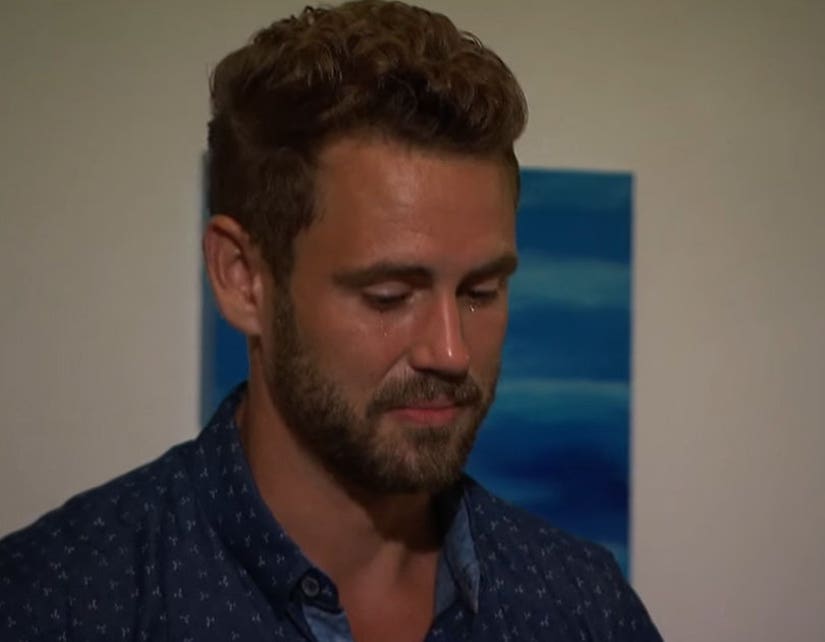 Monday night's Bachelor went out in three strikes. No, really.

After a few signature Corinne moments...

A HEARTBREAKING story from Kristina had us all up in our feelings. The Russian beauty shared intimate details of her childhood with Nick, which sent us all into emotional overdrive.

Later, Nick went on two very tense dates, one involving a volleyball game and one with two ladies on a deserted strip of beach.

Nick let go of three ladies in the St. Thomas episode, one of which no-one saw coming.

After letting Jasmine go during the group date (she told him she liked him so much, she just wanted to strangle him lol) Nick was ready to for his next round of dates.

On the the ever so awkward two-on-one, Nick sent home Whitney AND Danielle L. (which we labeled a front runner last week! Oh, how things change...)

There was nothing actually WRONG with Danielle L. and Nick's relationship. As Nick explained to her, he just felt his heart was in a different place.

After Danielle L's dramatic exit, Nick walked straight over to the ladies suite where he cried.. and cried... and cried again.

He explained that losing his feelings for Danielle was terrifying. He was worried that he might lose the feelings that he has with the girls in the house now, and that scared him.

It was a villa of waterworks after Nick left.

Bachelor nation knows episode 6 is usually the most dramatic of the season, as relationships are getting stronger and almost all the women have been on the elusive one-on-one date, and this was no different.

Watch the clip for next week's episode below: