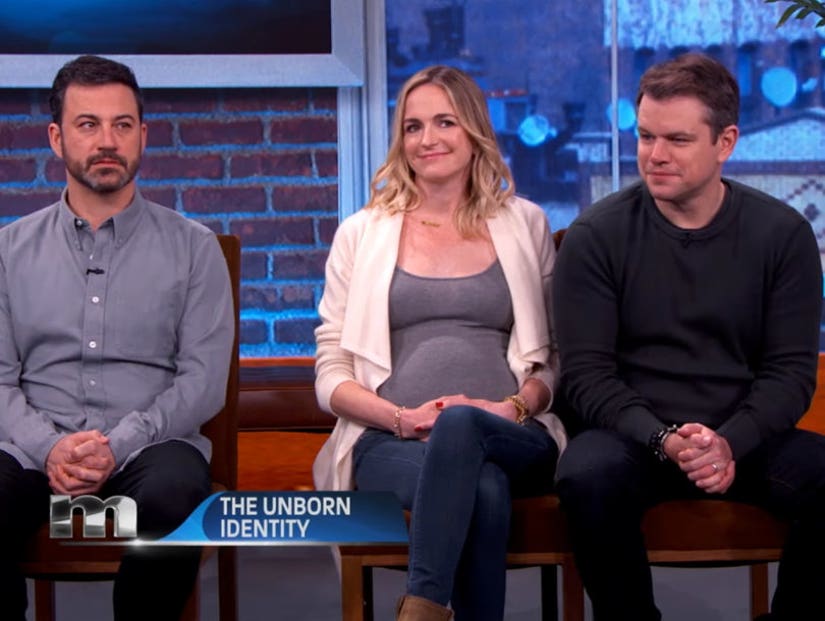 Jimmy Kimmel and Matt Damon had their most awkward encounter yet Monday night, and had to go on talk show "Maury" to settle the dispute.

This time, the frenemies who frequently bicker on "Jimmy Kimmel Live" sketches were arguing over who knocked up Kimmel's wife, Molly McNearney, which Damon took credit for in the middle of the couple's ultrasound session.

"You promised me you were going to stop f--king my girlfriend," Kimmel said in the video (above) before Damon suggested letting the baby decide.

"Hello baby, we don't know if you're a boy or a girl, but you have a choice of daddies. And one daddy could be a Emmy loser," Damon said. "Other daddy could be an Oscar winner. Do you want to play with daddy's Oscar?"

"It was a weak year," Kimmel adds in a jab at Damon's Academy Award for "Good Will Hunting" in 1998.

The doctor suggests a better way to settle their most outrageous dispute yet and sends them to the long-running daytime talk show that is known for on-air paternity tests. Martin Short steps in to play the talk show host, who lets the insults between the late-night comedian and actor fly.

For those following the faux feud between the Hollywood stars, this is one of many confrontations since Kimmel first learned many years ago that Damon was "f--king" his then-girlfriend Sarah Silverman.

Watch that gem below to see where it all began.