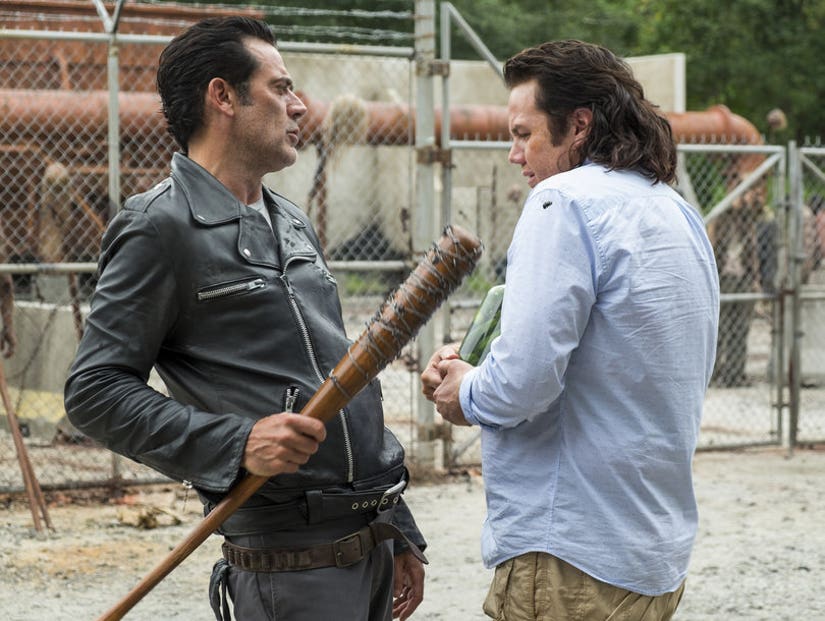 New alliances were made on "The Walking Dead," as one of Rick's followers seemingly joined the Saviors -- but was it the real deal or simply self-preservation?

That's the question of the week as we dig into "Hostiles and Calamities."

Eugene's storyline made up of half the episode, as viewers found out what happened after Negan took him back to the Sanctuary for his bullet-making skills.

When the mulleted survivor showed up to Negan's headquarters, he was a crying, blubbering wreck, but quickly started noticing the perks of this new community. A stocked fridge? Check. Video games? Here you go. The company of beautiful women? You got it! The only thing they apparently don't have: lobster, sorry 'bout that.

After solving a problem Negan had with the walkers used as a barrier around the Sanctuary, Eugene was rewarded with some private time with 3 of the Big Bad's wives. They asked him for a favor: they need help making a pill for another's wife assisted suicide. Eugene's smarter than his hair suggests though, realizing it'd be used on Negan instead.

He did make the poison, but didn't hand it over to the women. The question here: did he intend to help them kill Negan, but change his mind after witnessing Lucille's keeper brutally burn another man alive for betraying his confidence? Probably.

The thing we have the biggest problem with: Eugene making excuses for Negan's brutality. When the women point out how he killed Abraham and Glenn, Eugene basically says they had it coming. This doesn't sound like someone who's still Team Alexandria. He also admitted he's a complete coward.

He proved that further in a private convo with Negan himself, where he nearly fell at his feel. "I'm Negan. I'm utterly, completely, stone cold Negan," he said, before the Big Bad could even ask his infamous question. "I was Negan before I met you, I just needed to meet you properly to know. I'm Negan."

Is he truly Negan? Time will tell. 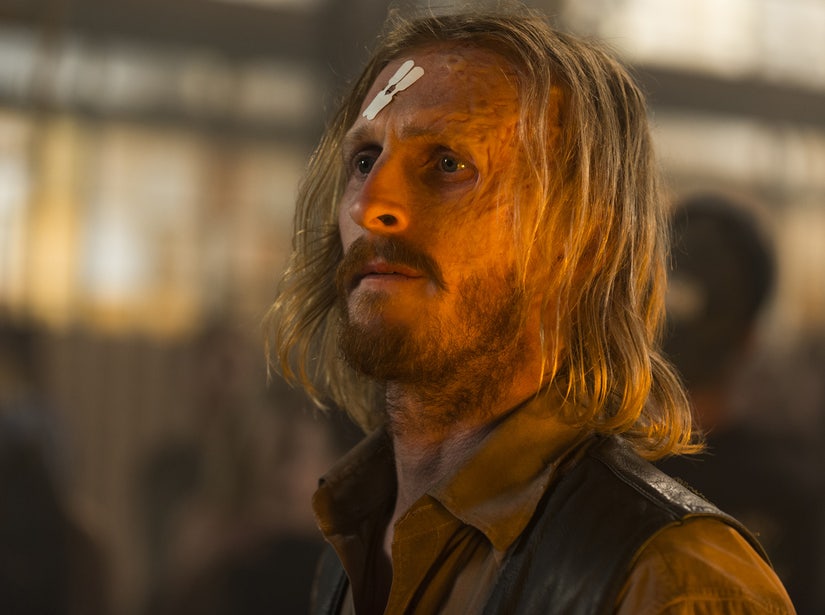 How much more can Dwight take?

The other main through-line of Sunday's episode dealt with Dwight. The hour started with him realizing Daryl had escaped with the help of Sherry, getting the you-know-what beat out of him by the other Saviors when Negan found out she took off too.

Negan's concerned Daryl may have turned Dwight to the other side, but he insisted he's still Team Negan. Dwight then took it upon himself to track Sherry down and bring her back.

He thought she'd be waiting for him at the home they used to share together, when they were husband and wife. Instead, he found a depressing note reading:

"D, we always said that if we got separated I should come back here and wait for you. You'd show up with beer and pretzels. I wish I could wait for you now, but I don't know if you'd come with me or if you'd take me back there or if you'd kill me. You didn't want to live in that world and I made you. I did what I did because I didn't want you to die. Now you've killed and you've become everything you didn't want to be and it's all my fault. I let Daryl go because he reminded you of who you used to be and I wanted to let you forget. Being there isn't better than being dead, it's worse. I hope you realize that, I hope you get away. I hope you remember the good days, even just one of them. I don't think you'll ever read this. I loved who you were, I'm sorry I made you into who you are."

Making it all the more depressing: he brought the beer and pretzels.

Dwight told everyone back at the Sanctuary that he found and killed Sherry, as she got torn apart by a horde of walkers. He also said the doctor had released Daryl, to impress Sherry. These lies served two purposes: they made his love seem like less of a traitor and made it so nobody would go looking for her.

Once again, we're left thinking Dwight is both horrible (letting the doctor die by taking the fall) and not too bad of a guy (see, pretzels, he loves her!). Eventually, he's gotta pick a side. But will he turn good, as Eugene is possibly going to the dark side? 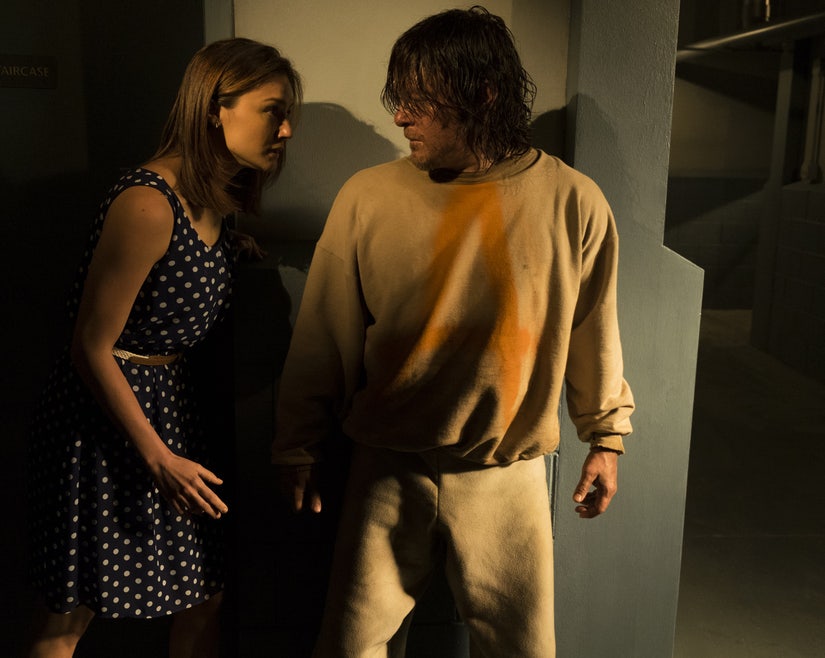 What will come of Sherry?

The Saviors all think she's dead for now, but we doubt we've seen the last of her.

Sherry is still alive in the comics and, in the most recent issues, has started to become an important player in an uprising against the Alexandrians. This, of course, means nothing, since Andrea's still very much among the living in the source material as well. If there's one thing this show has proven, it's that nobody's safe.

She's as good as dead if the Saviors do find her. That would also mean Dwight lied to Negan's face, making him a goner too.

For her sake, let's hope she comes across Rick & Co. as they hunt for guns for the Scavengers, as she could provide additional intel on how to take out Negan.