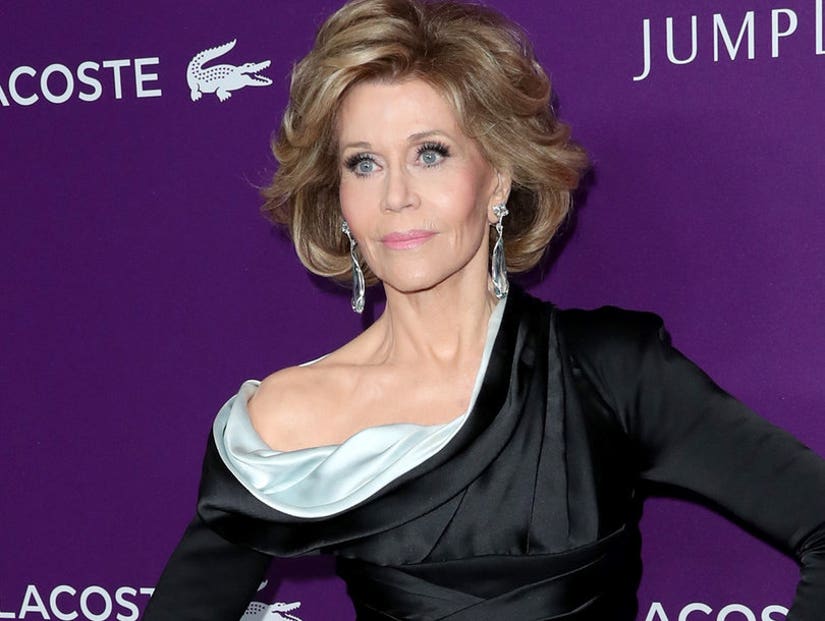 Jane Fonda revealed a history of sexual assault and harassment in a candid new interview by Brie Larson for The Edit.

"I've been raped, I've been sexually abused as a child and I've been fired because I wouldn't sleep with my boss and I always thought it was my fault; that I didn't do or say the right thing," she said.

"I know young girls who've been raped and didn't even know it was rape. They think, 'It must have been because I said 'no' the wrong way,'" Fonda said. "One of the great things the women's movement has done is to make us realize that [rape and abuse is] not our fault. We were violated and it's not right."

The Oscar-winning actress' tragic history was recounted while the two were talking about when Fonda first identified as a feminist.

"I grew up in the '50s and it took me a long time to apply feminism to my life. The men in my life were wonderful, but victims of a [patriarchal] belief system. I felt diminished," she said. "Eventually I decided I wasn't going to give up who I was in order to please the man I was with. It took a long time, though, because I was brought up with the disease to please."

Fonda revealed the inspiration for her infamous workout videos actually sprung from the women's movement.

"One reason I started my workout was because I knew that to be fully empowered, I needed to feel strong in my body," she said. "A woman once wrote to me and said, 'I was brushing my teeth one morning and I found a muscle in my arm that wasn't there before. I went to work that day and for the first time I stood up to my boss.' It's easier to be brave when you feel strong."