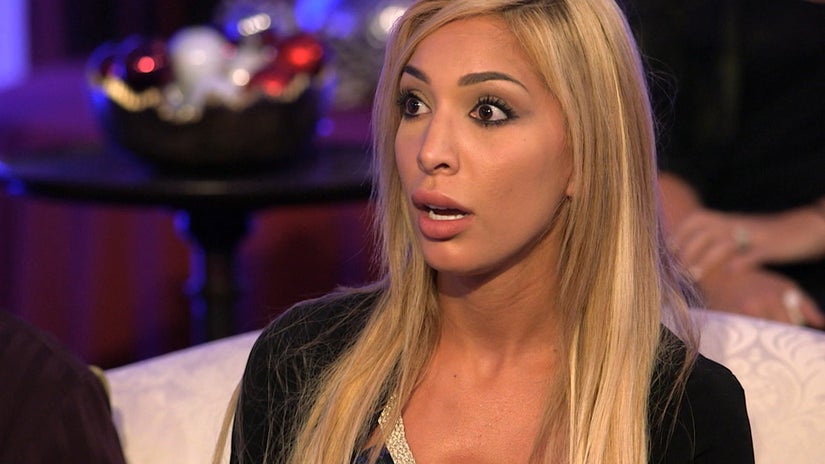 Farrah Abraham is at odds with yet another reality TV star in the first sneak peek at WE tv's upcoming "Marriage Boot Camp Reality Stars Family Edition" arguably the longest reality show title EVER in the history.

For the new season, the "Teen Mom OG" star and her parents are joined by a bevy of dysfunctional families including Kendra Wilkinson and her mom Patti, The Sitution and his brothers Marc and Frank Jr., and Chad "Ochocinco" Johnson and his mother.

The group, according to a press release, will "will undergo intense counseling and decide, with the help of experienced therapists Dr. Ish Major and Dr. Venus Nicolino, whether to save their relationships or cut family ties forever."

But it's not just her mother and father Abraham battles with inside the house. In the just-released promo, she snaps at Frank Sorrentino Jr., telling him he has "no man in you."