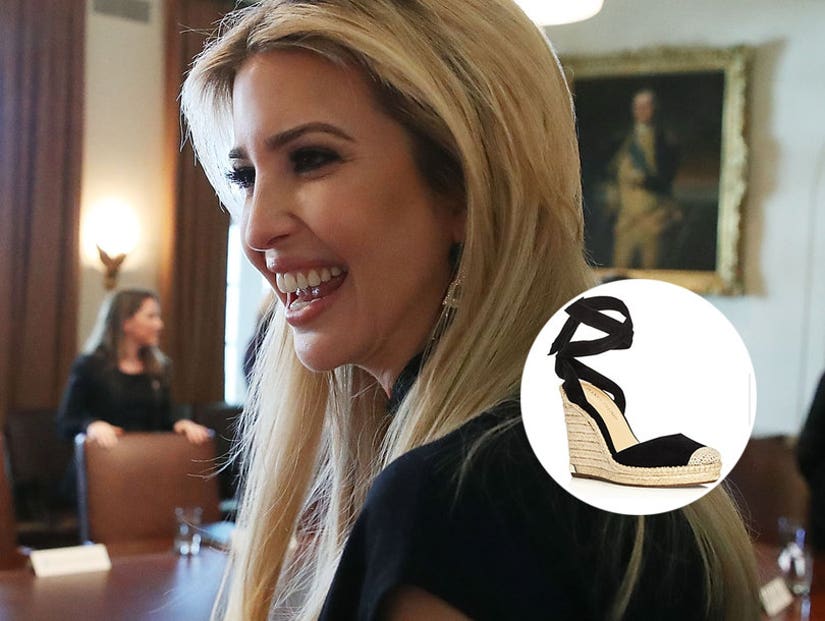 It seems the Ivanka Trump brand hasn't suffered since reports of major retailers like Nordstrom and Neiman Marcus were dropping her label in early February surfaced. At least according to a profile piece that only spoke with the new president of the first daughter's brand.

The buzz over numbers, sales and searches first began with a Refinery29 interview with Abigail Klem, who runs the Ivanka Trump brand, in which they discussed how sales have fared since the controversy over the label being dropped by some retailers and the ensuing #grabyourwallet movement.

The piece was followed shortly after with a story reporting the skyrocketing searches; however, individuals with knowledge of online retailing told TooFab "searches don't necessarily equate to sales."

After Refinery29's stories, CNBC reported that sales of Ivanka Trump products soared 207 percent in February, attributing the data to Slice Intelligence (a service that provides measurement of all digital commerce activity and consumer loyalty).

The report claims that Amazon became the top seller of the Ivanka Trump brand, topping Nordstrom who previously held the top spot. The report comes from a panel of 4.4 million shoppers.

An insider from Amazon told TooFab, "the buying team usually purchases the entire line and sees what sells the most, but cannot provide numbers to outside sources."

The source added "those numbers seems a little ridiculous" since Amazon has a long list of brands that sell far more than Ivanka Trump's brand.

A spokesperson for Ivanka Trump's brand has not yet returned TooFab's request for comment.

A rep for Nordstrom told TooFab that they "do not provide sales details for any of their brands, including Ivanka Trump." Nordstorm is unclear on where exactly these sales numbers are coming from.

However, the reported sales surge could potentially be attributed to pro-Trump advocates racing to purchase Ivanka's collection in response to a boycott that was buoyed by liberals after Council to the President Kellyanne Conway told people to “go buy Ivanka Trump” items during a live Fox News interview in February.

“Since the beginning of February, they were some of the best performing weeks in the history of the brand. For several different retailers, Ivanka Trump was a top performer online, and in some of the categories it was the… best performance ever," Klem told Refinery29.

“We actually feel super optimistic because, I think, one, a lot of people support Ivanka, even across both political parties. And then I think a lot of other people feel like, 'Oh, I didn't know Ivanka had a shoe line. Oh, I didn't know she had a handbag line.' And they're buying it.”

Fashion search engine website Lyst also claims that Ivanka Trump ranks as their top brand on their website - though this may be a reference to people simply searching the product, not buying it. Lyst offers its visitors a list of products from any searched brand at various retailers as well as second-hand and outlet websites. Their search engine numbers report that compared to average brand interaction for February 2016, increased 557 percent.