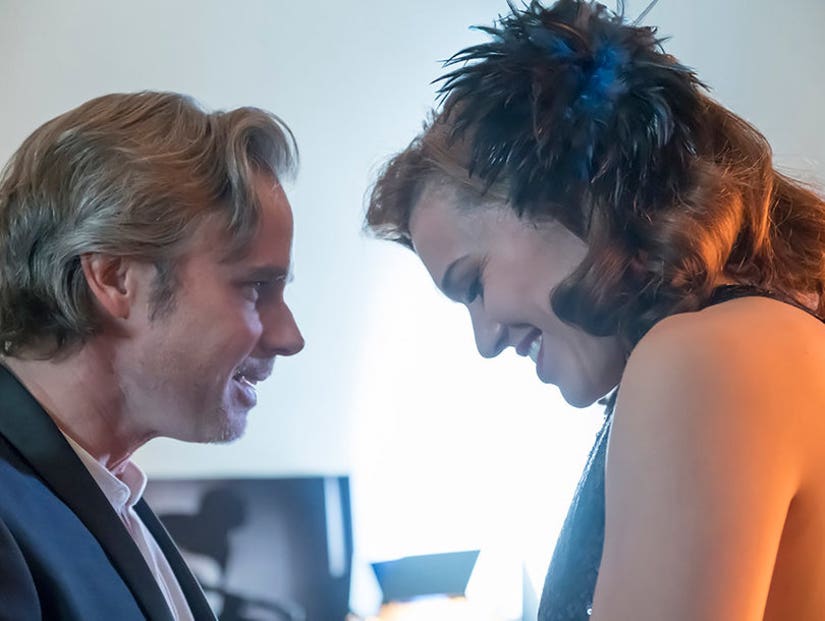 NBC's “This Is Us” finale drew mixed reactions from fans who were quick to post their two cents on social media.

Some fans were brokenhearted from Jack and Rebecca's big fight, some were daydreaming about finding a man who will love like Jack, while others were horribly disappointed by the hyped up dry finale.

"It's odd to say that the episode was a huge letdown considering that it was still a fantastically produced, directed, written and acted hour of television, but the bar was set pretty high. This is a show that started dropping bombshells with its very first episode, and followed up pretty consistently every other week or so. Viewers got used to their jaws dropping into the puddles of their tears. It was heart-wrenching television, but in such a satisfying way.

That's why it's so disappointing that this felt more like one of those nice little interstitial episodes where nothing huge happens, rather than a season finale. "This Is Us" won't be back on the air until September, and that's a long time to leave fans waiting. The most impactful season finales in television history have left fans wondering throughout the hiatus, exemplified best by the infamous "Who shot J.R.?" summer of "Dallas."

Read the rest of our "'This Is Us' Finale Fakeout".

And here is what “This Is Us” fans are saying:

BUT HOW DOES JACK DIE?!?! #ThisIsUs

Someone please get me a Jack Pearson in my life. Or a Randall. Who are we kidding. Get me the freaking mailman. #ThisIsUs @NBCThisisUs

when we finally find out how jack dies #ThisIsUs pic.twitter.com/ukXD6RB7zj

At this point, I refuse to believe Jack is dead. He is stuck in Jumanji waiting for someone to roll a 5 or 8. #ThisIsUsFinale #ThisIsUs

I blame Shonda Rhimes. She has our brains trained for death in season finales. Now we're disappointed no one died? Wut? #ThisIsUs

That scene/fight is probably the most realistic I've seen btwn a couple on a TV show EVER. #ThisIsUs is GOING THERE y'all.

Me trying to figure out how Jack dies before they tell us #ThisIsUs pic.twitter.com/ZfEdjubvHk

Crazy how the smallest decisions can change the path of our lives. 💜 @NBCThisisUs #ThisIsUs

REBECCA,YOU DID NOT LET THAT MAN WALK OUT THAT DOOR AFTER THAT! 😭😩 #ThisIsUs pic.twitter.com/Flh293JQMB

I'm obsessed with this show but, that finale was a complete let down😔#ThisIsUs

I love U all. @MiloVentimiglia U make me wish I had a real family instead of the abusive parents I got stuck with - like yours. ❤️ #thisisus

I will riot if Rebecca and Jack are divorced when #ThisIsUs returns for season 2.

The only episode I don't cry during #ThisIsUs is the last episode?! Wtf pic.twitter.com/zIWDPb1Ge8

Kind of a weak #ThisIsUs finale! No one died, got cancer, came out of the closet, went into cardiac arrest OR became homeless. Sigh.

I need to find myself a guy who looks at Rebecca the way Jack does 😍
Or maybe I just need @MiloVentimiglia 🤔😏@NBCThisisUs #ThisIsUs pic.twitter.com/1gP5FhQUTF

I don't know who cried more, @viallnicholas28 on his season of the #bachelor or me watching this season of #ThisIsUs pic.twitter.com/Y6zeHn5SUg

#ThisIsUs so y'all not gon tell us how Jack died? pic.twitter.com/hBZwFhyoNt

#ThisIsUs season ended tonight, and it's 6 months until Fall. Please respect my family's privacy during this difficult time. pic.twitter.com/L4f4cL1zI8

How do you not run up to that man and kiss him you selfish bitter evil woman. 😭😭😭 #ThisIsUs

Tonight's episode was okay, but such a let down for a season finale. They hyped this episode up, and I didn't cry once. #ThisIsUs

Disappointed in the This Is Us finale. I cry more than anyone I know and I did not even come close to shedding a tear. Something's wrong 😒

The spoiler is that there are no spoilers... This didn't feel like a season finale at all. I'm so disappointed @NBC #ThisIsUs

Ugh, what a boring episode and not at all season finale worthy. I was disappointed. #ThisIsUs https://t.co/qAKZqr6dgJ

Maybe blizzard Stella has turned my heart to ice, as I was seriously disappointed & unmoved by the This Is Us season finale, @NBCThisisUs

Why are people so disappointed the #ThisIsUs finale didn't share how Jack died? Too early! More Jack and Rebecca for seasons to come.

Hated 😡the finale it was the worst episode & fell flat. Teased us with the Info on Jack dying. Disappointed 😔 @NBCThisisUs #ThisIsUs pic.twitter.com/FsreKcNASI

NBC had an Oscars-like mix up. "Memphis" should've been the season finale, not last night's. An exec grabbed the wrong episode. #ThisIsUs

Not saying it was bad. i don't want to underestimate it's subtlety (its obviously a set up) but the finale of #ThisisUs was def the weakest.