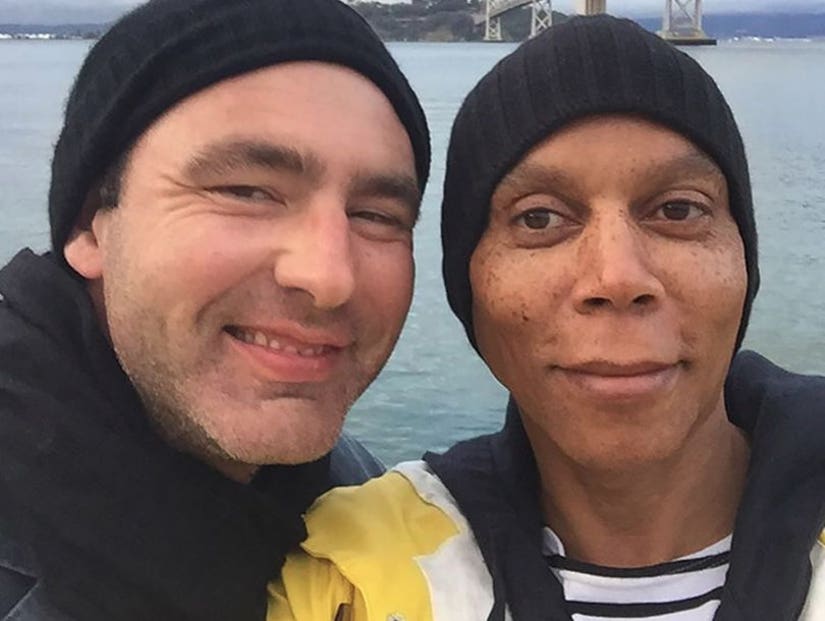 RuPaul revealed Wednesday that he secretly married longtime partner Georges LeBar back in January after 23 years together.

"I've never said this on television before, but we are married. We got married on our 23rd [anniversary]," he told Hollywood Today Live.

"I met him on the dance floor at Limelight [nightclub] in 1994, on his birthday. So we got married on his birthday, the anniversary of when we met, this year, just in January."

"We never wanted to do it," he added of tying the knot. "We were looking into it really for tax breaks and financial purposes," he said with a laugh.

Of his husband, Ru added: "He's a great guy, but he doesn't care about show business at all. He couldn't care less."

LeBar actually has a 60,000-acre ranch in Wyoming, one the "RuPaul's Drag Race" host doesn't spend too much time visiting.

"He doesn't want me to come there," RuPaul exclaimed. "I dress up in the most gorgeous Western wear outfits — but nobody cares! Wyoming, god bless you in Wyoming, it's very boring and it's the most isolated place on earth."

Watch his announcement below: