This season of "The Walking Dead" kicked off with Glenn meeting his maker. Is Maggie next?

In the teaser for next Sunday's episode -- the second to last of the season -- Lauren Cohan's pregnant survivor is seen doing yard work, as the odious Gregory approaches her from behind with a knife. "Why are you still here Maggie?" he asks her menacingly, "Where are your friends?"

Tensions have been mounting between her and the leader of Hilltop ever since she arrived in the community, so a showdown is inevitable. But there's no way they're going to kill off a pregnant woman, right?

Elsewhere in the promo, Rick Grimes and the rest of the Alexandrians are on a mission of their own, likely heading to Oceanside with Tara's help to get some guns. There appears to be an explosion at the all-female colony, but who set it off remains unknown.

There's also a glimpse at Negan himself saying, "This could be the beginning," insinuating he may know there's an attack coming.

AMC also released some photos from next week's episode, giving us a clue what happened to Sasha after storming the Sanctuary. 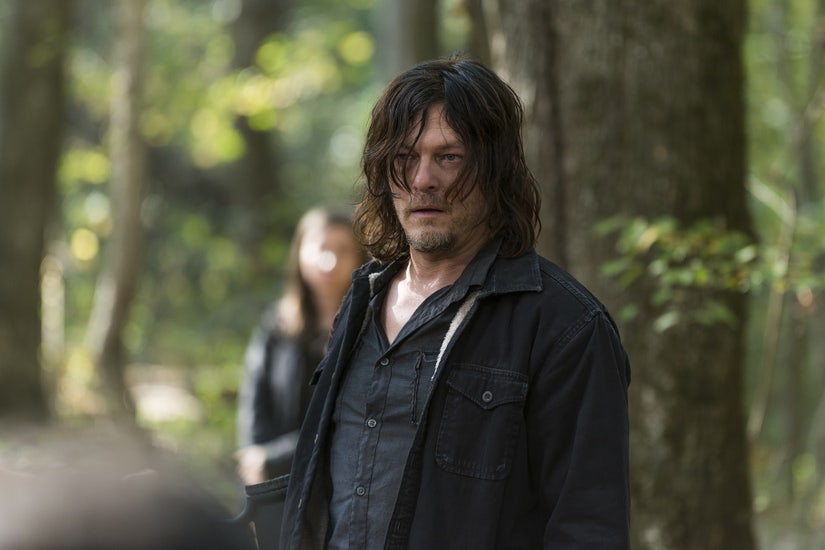