CNN's Jake Tapper blasted President Donald Trump on Monday over the massive responsibilities he's placed on the shoulders of his son-in-law Jared Kushner, who was named White House Innovations Director.

"So Jared Kushner is in charge of the world apparently," Tapper said and asked why Secretary of State Rex Tillerson didn't go to Iraq to talk foreign policy instead.

"He has been dispatched to Iraq where he met with the Iraqi prime minister," Tapper said. 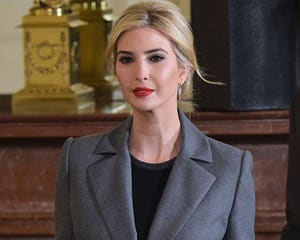 "He's also in charge of brokering Middle East peace between the Israelis and the Palestinians -- no big deal, that shouldn't take long at all."

Tapper wasn't done there, though.

"He's also expected to have a major role in meeting with the Chinese president, also very simple, shouldn't be complicated. He's also reinventing the entire U.S. government under the Office of American Innovation," the host of "The Lead" said.